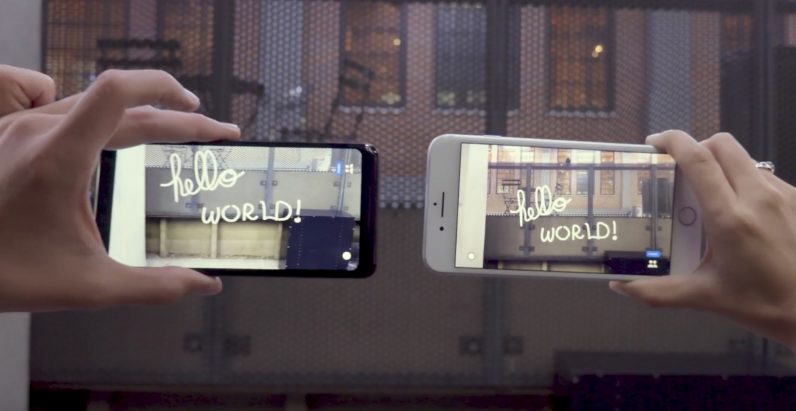 Earlier this year, Google released an Android app for drawing in AR called Just a Line. Doodling in AR is fun; you can make things objects float in thin air, like an art class at Hogwarts.

Problem is, when only you can see what you’re drawing, you look kind of nutso waving around your phone in the air. And I mean, is your masterpiece even real if now one else is able to appreciate it?

Fret no more. Google now lets you draw with a friend in Just a Line so you can both look wacky gesticulating in mid-air. Simply put the two phones next to each other and tap the partner button. Once connected, your friend will be able to see and join in on your drawing.

Or perhaps you’d rather draw with a frenemy; the app has made the jump from Android to iOS today.

Keep in mind the app is pretty barebones; the name ‘Just a Line’ is fitting – and you can’t even change colors right now. Still, it’s pretty awesome that it works as well as it does using only your phone’s plain old camera, and the ability to make drawings with a friend lessens AR and VR’s isolation problem.

Hopefully it’s only a matter of time before apps like these become as awesomely powerful as Google’s own Tilt Brush. Until then, you can download Just a Line from the Google Play Store and Apple’s App Store.