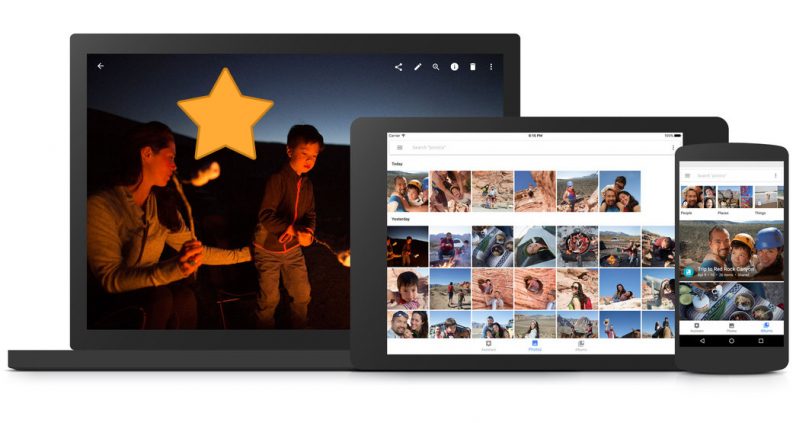 Google is updating its Photos cloud storage service with a star-shaped button to mark selected pictures as your Favorites.

Android Police reports that the feature was first spotted in Photos’ Android app back in August 2017, and that it’s taken the company nearly a year to bring it to life for some reason.

It’s OK to play favorites. Rolling out this week, tap the ⭐️ button to mark a photo as a favorite. Head to the Albums tab and view all your favorites in one place. pic.twitter.com/eWnSMDKQ72

Nevertheless, being able to favorite your photos means you now have a new way to find important ones more easily – without the hassle of adding them to an album.

Once the feature is activated in your account (it’s rolling out globally this week), you’ll be able to favorite pictures by tapping on them and then tapping the star button at the top right of the interface. All your Favorites will then show up in a separate collection that you can find listed under Albums.

TechCrunch notes that a second button – a heart – is coming next week. While the star saves pictures to your Favorites folder, the heart is basically a ‘like’ button for photos shared between you and your contacts. In addition to individual pictures, you can also like entire shared albums.

The seemingly small change should make Photos easier to organize your collection of pictures, and show off your best ones at a moment’s notice. The search function – which lets you look up people by their faces and other objects just by typing in text queries (like ‘trees’ and ‘dogs’) – works well enough, but I’m happy to find another simple way to quickly categorize and surface select images.

Read next: This startup is poised to optimize digital advertising, using blockchain