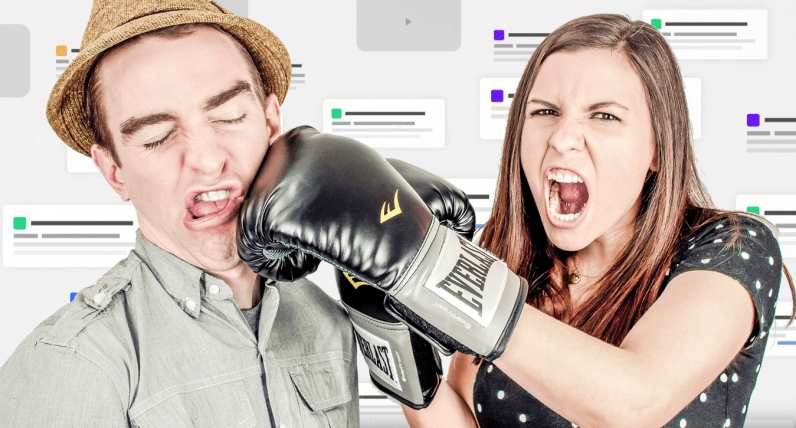 The app, which serves as a replacement for the seemingly-abandoned Google Play Newsstand on iOS devices, is excellent. It leans heavily on Google’s superb AI to surface stories you’re most likely to care about, whether in your backyard or across the globe.

But it’s not the AI that I find most compelling. Instead, it’s perhaps the app’s one feature that takes an old school approach by dropping the algorithms altogether.

Full Coverage drops the algorithmic sorting and opens your mind to opposing viewpoints. With the click of a button, Google displays dozens of competing takes, voices, and sources for the same story. For Google, it’s just doing what it does best: indexing everything. But whether intentional or not, Full Coverage is the antithesis to the way most of us consume news.

Take Facebook. When scrolling through the Newsfeed, we’re shown news stories from people who tend to like the same things we do. Then there’s our friends and family, who probably share a similar worldview. This type of algorithmic sorting has led to a divide unlike anything we’ve ever seen, and all because algorithms filter news based on what they believe we’re most likely to engage with.

As algorithms get more advanced, the number of voices we pay attention to begin to shrink. Where the web was once a wide-open experiment in free speech, this algorithmic iteration of it begs us to stay where we’re most comfortable. And that’s achieved, most often, by shutting out the voices we’re ideologically opposed to hearing.

Or, to put it another way, it’s why algorithms deliver stories from Mother Jones and The New York Times more often (to liberals) than those reported by The National Review or Christian Science Monitor on Apple News or Facebook’s Newsfeed.

Full Coverage drops the bias by removing the algorithms that enable it.

Google took a sharp left here. While Google News still relies on algorithms to curate content it thinks you’ll be interested in, it drops the algorithmic approach entirely once you click the Full Coverage icon. From there, you’re free to peruse topics of interest without the algorithmic censor.

Even better, you’ll see sources you typically read expertly interwoven between those written from opposing viewpoints, a chronological timeline of events, social media postings, and even stories from smaller publications you may not be familiar with.

Not to sound overly optimistic, but it’s the type of against-the-grain thinking that could just save us all from our bubbles. After all, we may reside in them but they weren’t entirely born of our desire to wall ourselves in from our peers. It’s a problem exacerbated by algorithms, and one that seems fixable once we agree to turn them off — at least on occasion.

Read next: YouTube's streaming music service is launching next week