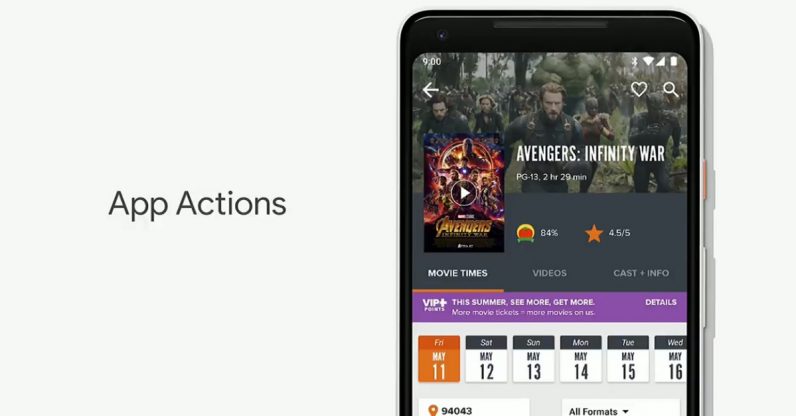 Among many other features revealed during today’s I/O conference, Google announced Slices and Actions, new ways for users to interact with Android apps by predicting what they might want based on previous actions. They’re intended to give users more options with fewer taps and less app-hunting.

Slices are interactive snippets that show content from apps without opening the app itself. For example, if you search for Lyft on your phone, you’ll not only see the app, but also a list of actions you can take within the app, such as hailing a ride to a preferred location. You can then tap on a Slice to launch its action immediately, without having to fire up the app.

Slices can be anything from a series of photos to a slider. They’ll be available in other parts of the OS in future, but Android is using it first in Search.

App Actions, on the other hand, are links to app content from other parts of the OS, generated from your usage history. For example, when you open your home screen, you might see a button to start your regular workout in a fitness app, or to call someone you contact frequently. Both actions are predicted based on what you’ve done in the past.

Actions are also suggested by context, such as suggesting Spotify or a podcast app when you plug in a pair of headphones.

Both Actions and Slices will be available in the next version of Android. If you have the correct phone, you can join the Android P beta today. For developers, early access to both features opens next month.