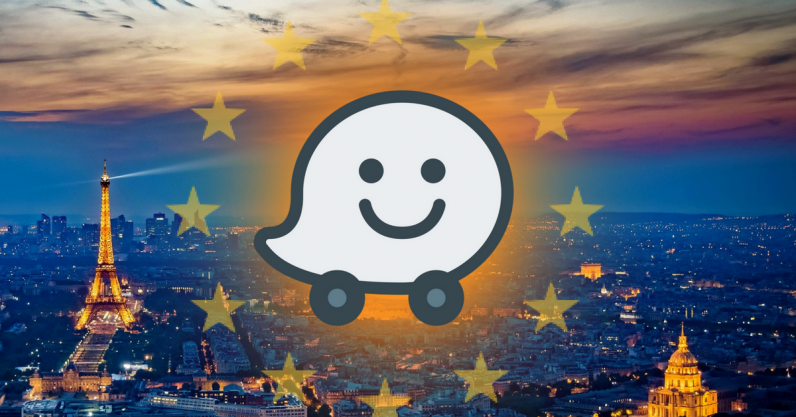 Google’s Waze crowdsourced navigation service just announced its findings from its year-long partnership with the European Emergency Number Association (EENA) at the organization’s conference in Slovenia.

The project started last April and piloted the use of Waze’s user-generated data to improve emergency response times and save lives in France, Austria, and Italy. TNW is in Lubljana, and we spoke with Avichai Bakst, head of EMEA partnerships at Waze, and Markus Kaufmann, technical project manager for the Emergency Communication and Coordination Center in Lower Austria.

“I took accidents reported by Waze users through the app in 2018 and compared them with emergency reported to us by conventional methods,” said Kaufmann. “What I found out was that events were flagged in the Waze feed about 30 minutes earlier than in our current system, for example, via mobile call.”

However, at the moment, this is just an observation about the future capabilities of using Waze to spot accidents faster. Kaufmann says that they didn’t dispatch ambulances right away based on Waze’s info, as, in some cases they could be minor and people might not need an ambulance. Despite that, Kaufmann believes that this could lead to great things down the road.

Waze’s greatest strength for emergency services, however, is its ability to save precious time by guiding first responders through traffic with real-time information from the public. “In global case studies we’ve done, we see that crisis responders actually arrive at the place of the incident four and a half minutes faster on average than they would’ve if they weren’t using a source like Waze,” says Bakst.

While there aren’t exact numbers available from the EENA project on how much time is saved on average, all the emergency services involved agreed that Waze was an immense help and improved response time. In Italy, it provided such goods results that ambulance drivers had actually been using Waze on their own before the project, to figure out the best route to an emergency.

These promising outcomes all stem from Waze’s Connected Citizens program (CCP) which the company started working on after Hurricane Sandy struck Atlantic City, New Jersey, back in 2012. At the time, The White House asked Waze to assist people in spotting operational gas stations — a vital information in a national crisis — and that sparked the idea for CCP.

“We now have over 100 millions users worldwide that together create crowdsourced navigational data,” says Bakst.

“Basically, all you’ve got to do is to drive with the app open and you’re already contributing back to the community. We use these real-time updates, as well as inputs from our drivers and our map editors on top of that — which are part of the community and edit maps in their free time — to create an updated real-time road map.”

Now, Waze has harnessed the potential of this data even further by connecting emergency services directly to it. But how exactly is that done?

“The dispatcher has a live view tool that’s basically an interface where they can see the live accidents, communicated by our community. For instance, if you or myself were driving through a junction or on some sort of a highway and spotted an accident, we’d click the accident button or use a voice command to notify the community. Then, this data is shared directly with the dispatchers who can see it live,” says Bakst.

“To ensure that the information is accurate, Waze will ask for authentication based on reliability. Waze will ask different drivers if there really is an accident there with a thumbs up or down, and the more thumbs-up there are shows how genuine this incident really is. Then based on that, the emergency services can decide how to proceed,” explains Bakst. He adds that the process is similar to verifying best routes to save time for emergency vehicles.

Waze has had great success with its 600 partner organizations worldwide, including the EENA project, but Bakst says that the company is eager to bring its life-tech to even more emergency services. He encourages them to contact Waze for further information, as he believes that saving time in transit saves lives.

It’s understandable that Waze and European emergency services are happy with the results as four-and-a-half-minute improvement is enough to make the difference between life and death.

Read next: There is no consensus in the cryptocurrency community when it comes to journalistic standards