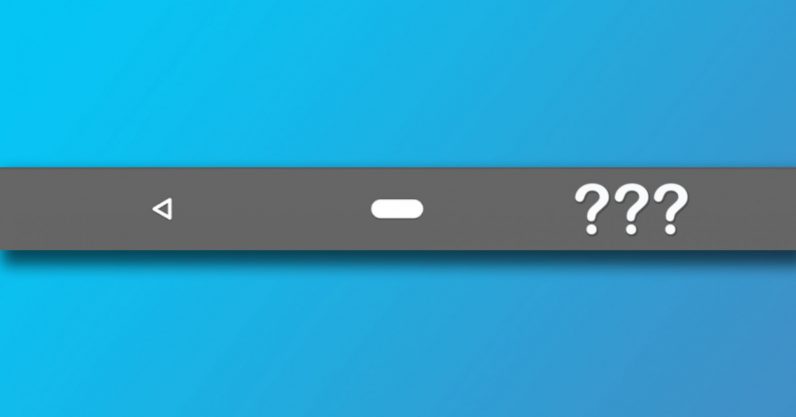 Google appears to have just leaked a major feature coming to Android P, the next version of its OS. According to an image that appeared briefly on the Android Developers blog for an unrelated feature, Android P will come with support for gestured based navigation – and it’s about time.

This is the image Google posted:

Notice anything odd? Look at the navigation bar:

Here’s what it normally looks like on a Pixel 2 running Android O (or the current Android P beta, for that matter):

Where did the recents button go? Why is the back button using the old hollow design? And who squished the home button into a pill?

While I’d like to think Google’s Android Team got drunk and experimented with wacky designs, all signs point that gesture navigation is – at the very least – being considered for Android P.

According to Stephan Hall from 9to5Google (h/t ArsTechnica), it’s ‘100%’ gesture navigation. The recents button was removed, and the back button only appears temporarily – explaining the lopsided look. And as pointed out by Ars, Android P has a new sliding animation when navigating within an app, which would jive nicely with swiping gestures. That seems like it would make a disappearing back button redundant, but maybe Google just doesn’t want to confuse long-time Android users.

Google has since removed the evidence, cropping the image to only show off the feature it actually meant to show off. Since we don’t want whomever wrote uploaded the image to feel too guilty, that’s support for DNS over TLS, if that means anything to you.

Though a variety of Android manufacturers have implemented navigation gestures over the years, Google might be considering the move in stock Android in response to the iPhone X and ever-shrinking bezels. In theory, gesture-based navigation could  allow you to shrink the navigation bar and save some screen real estate, although that doesn’t appear to be the case in this particular image.

It’s worth reiterating this might not necessarily make it into the final version of Android P; just look at Dark Mode. Nor am I convinced it should replace the traditional navigation bar. But as someone who’s been fond of gesture navigation since the Palm Pre, I’d be happy to see it return as an optional configuration. With Google I/O coming up in a few weeks, it likely won’t be long until this mystery is resolved.

Read next: Apple memo warns employees to stop leaking info. Someone leaked it.