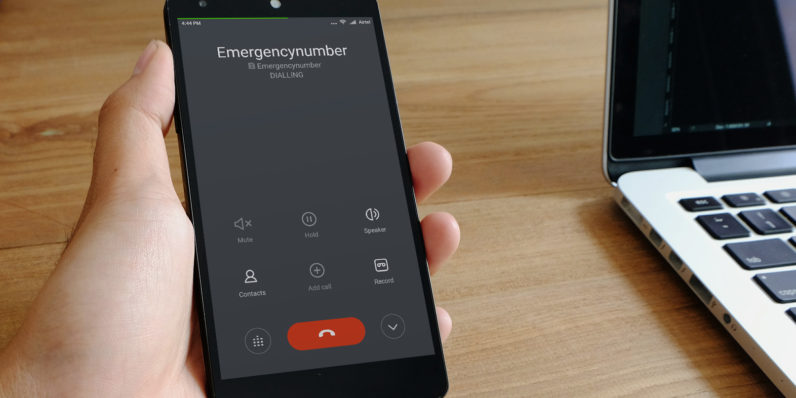 Google recently tested new tech to help 911 dispatchers find callers more quickly and more accurately. 80 percent of the calls made with Google’s tech were more accurate than calls made via cell phone carriers.

Retrieving data from the phone itself (rather than the carrier) allows Google to get a read on location. According to the Wall Street Journal, Google’s calls were able to narrow the caller’s location down to within a radius of 121 feet. Calls tracked solely off carrier data could only narrow it down to 522 feet.

Google collaborated with emergency services in other countries in the past. It brought Emergency Location Services to European Android users in 2016. The company also collaborated with the European Emergency Number Association last year to create Advanced Mobile Location, which sends dispatchers an SMS with the caller’s location within a radius of six meters. However, they haven’t thus far been sympatico with American services.

It’s ironic Google can pinpoint where you are, but the services meant to save your life can’t. Last month, a report from U.S regulators estimated that as many as 10,000 lives could be saved each year if emergency services had access to the same tech that private companies, such as Uber, use. For a visual aid, watch John Oliver’s piece on Last Week Tonight, which juxtaposed confused 911 operators trying to find callers with a pizza company accomplishing the same task flawlessly.

The companies are hoping to roll out these location services to the US later this year, though presumably only for Android phones. While Apple has similar emergency location sharing available in nine countries, it hasn’t yet brought the feature to the US.