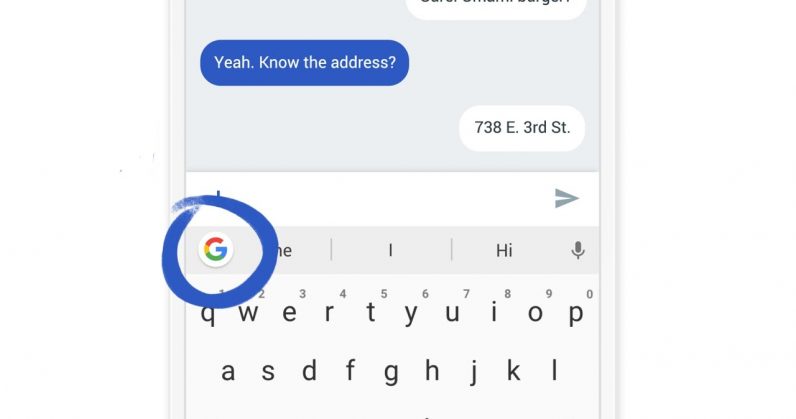 Google’s Gboard keyboard for iOS and Android packs a bunch of useful features, but it’s not flexible enough to get me to switch from SwiftKey. However, it looks like the company is working on adding a ‘Smart Reply’ feature to the keyboard, and if it happens, it’ll probably do the trick and convert me.

Smart Reply is already available in certain Google apps, like Inbox, Gmail, and Allo. Now, 9to5Google has spotted code that details the inclusion of this feature in an upcoming version of Gboard for Android, which leads us to believe that, based on the contents of your screen, it’ll suggest contextually relevant phrases that you can use to reply with, just by tapping once instead of having to type.

Since it’s still sorta in the works, we can’t yet see what the feature will look in Gboard. But for reference, here’s how Smart Reply works in Gmail:

The blog noted that the feature is being built to work with a bunch of messaging apps, including Hangouts, Android Messages, Allo, Facebook Messenger and Messenger Lite, WhatsApp, Snapchat, and Tencet.

I’m all for features that reduce the need to type, and allow you to operate apps with just one hand. I wrote last year about how Smart Reply in Gmail helped me respond to five times more emails than before; beyond just negating the need to type, it also slashed the amount of time I spent thinking about how to word my replies, and whether it’s okay to respond with a more concise message than usual (pro tip: it is).

I’d be glad to see Smart Reply come to Gboard, because I’ve got contacts on a bunch of different messaging services. It’d be great to see this support other tools like Telegram and Slack as well; I’ve got faith in Ray Kurzweil, the technologist responsible for building the tech for this feature over at Google.

The code for Smart Reply was first found in version 6.9 of Gboard for Android; it’s worth noting that the feature may not become available immediately, as Google may want to test it with some users before releasing it to everyone (a beta version version available to sideload from APKMirror didn’t show any Smart Reply-related options in the Settings).  Hopefully, we won’t have to wait too long before our keyboard can do our texting for us.

Read next: A cruel Facebook Messenger bug only lets users type a few words at a time