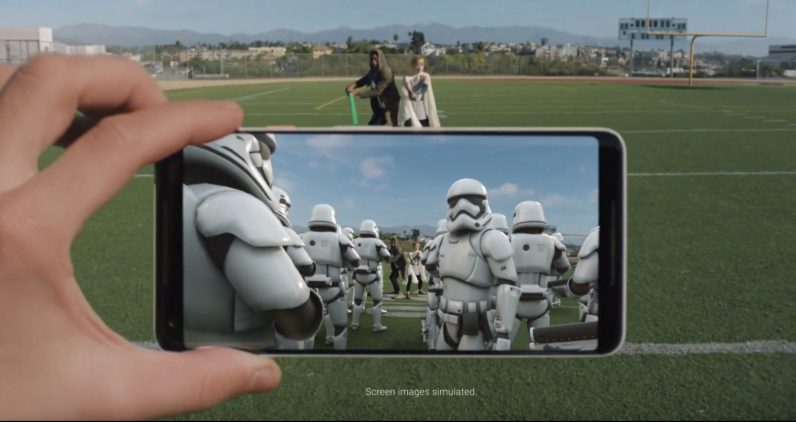 Remember Google’s AR Stickers? Months after they were first announced as a headlining feature on the Pixel 2, they’re finally rolling out to the public – including an exclusive set of Star Wars stickers.

They work pretty much like you expect: you can place a variety of 3D characters into your videos or images. Of course, this isn’t anything new: AR Stickers are a pretty direct response to Apple’s AR Kit features on iOS, and Snapchat’s been doing something similar for a while with World Lenses.

The Star Wars stickers include a variety of characters and objects from a Galaxy Far Far Away, such as BB-8, porgs, Stormtroopers, and your pick of TIE Fighters or X-Wing. Google’s also launching the Stranger Things stickers it first revealed back in October.

To access the stickers, you simply need to switch to AR Stickers mode in the camera and drop the stickers onto your scene. You can move and resize them, and different characters will even interact with each other.

The update is rolling out to Pixel users this week. Keep in mind you’ll need to be running Android 8.1 for the feature to work.

Read next: How personalized data is quickly improving customer experiences