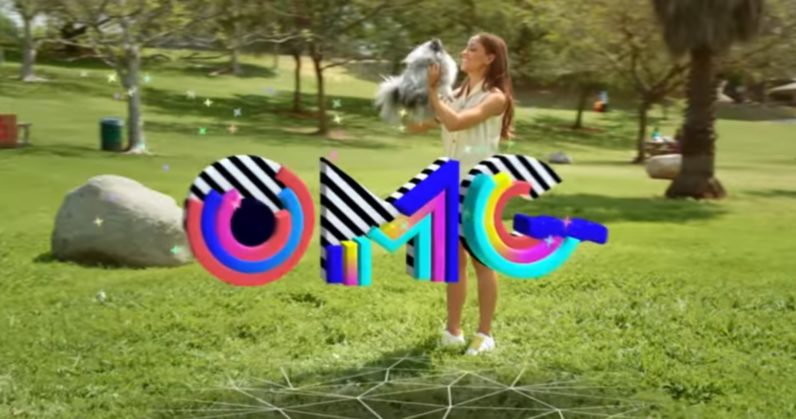 Snapchat has always been a platform that embraced the selfie in all its glory, and as such, the vast majority of its augmented reality effects – called Lenses – have been been focused on bedazzling the front facing camera. That’s now changed: Snapchat today announced World Lenses, which add some pizzazz to everything around you – not just your face.

It’s pretty neat stuff. While we’ve seen Snapchat use video tracking in very simple form with stickers that follow around specific objects in a video, the virtual objects introduced by World Lenses actually follow around the 3D environment they’re placed in, moving and rotating in accordance with the camera’s placement – much like Pokemon GO.

To try it out, just tap and hold on the screen, and select one of the new Lenses. Snapchat will appears to perform a basic bit of 3D mapping – much like Hololens does, just a lot more rudimentary. You can then place the object into the real world and move it around within the space. Snapchat does a decent job of recognizing the physical planes in your environment so that the objects appear to placed fairly realistically.

It’s kind of like making the user a CG artist, if CG artists spent most of their time adding smiling rainbows and ‘OMG’ filters to the real world. The effects may be pretty simple right now, but they’re only a taste of things to come. And sure, Snapchat may not be the first do it, but World Lenses are likely to be the most widespread use of environmental AR outside of Pokemon GO.