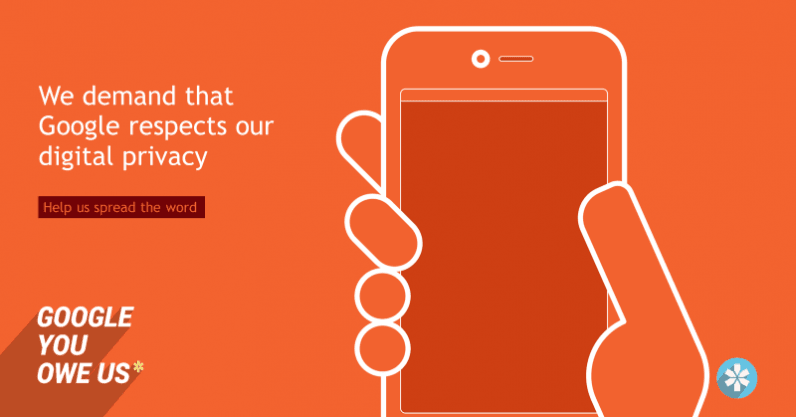 Google is currently facing legal action from Google You Owe Us,  a campaigning group founded as a result of Google tricking Safari into revealing the personal data of iPhone users between June 2011 and February 2012. The group aims to secure compensation for the nearly 5.4 million people in England and Wales believed to be affected by the so-called “Safari workaround.”

The Safari Workaround entails Google circumventing Apple’s security settings in order to install cookies for its DoubleClick advertising network. This allowed Google to access user information and to send targeted advertisements, even though the cookies were supposed to be blocked by default.

A representative action (British for “class action”) is being brought against Google. In a press release, Google You Owe Us says that the use of the Safari workaround was illegal and “a violation of trust.”

The lead claimant, Richard Lloyd, is the former executive of consumer advocacy group Which?, and is being advised by law firm Mishcon de Reya. In a statement, Lloyd affirmed his belief in the illegality of Google’s actions, and the need to “send a strong message” to Silicon Valley that the rights of individual users aren’t up for debate.

“I believe that what Google did was quite simply against the law. Their actions have affected millions, and we’ll be asking the courts to remedy this major breach of trust,” he said.

In all my years speaking up for consumers, I’ve rarely seen such a massive abuse of trust where so many people have no way to seek redress on their own. That’s why I’ve taken on one of the biggest fights of my life in representing this legal action, which is the first case of its kind in the UK against a major tech company for misusing our valuable personal data.

I want to spread the word about our claim. Google owes all of those affected fairness, trust and money. By joining together, we can show Google that they can’t get away with taking our data without our consent, and that no matter how large and powerful they are, nobody is above the law. Through this action, we will send a strong message to Google and other tech giants in Silicon Valley that we’re not afraid to fight back if our laws are broken.

According to Sky News, if you owned an iPhone between June 2011 and February 2012, you could be entitled to £200 in compensation. Back-of-a-cigarette-packet math shows that if each person gets the maximum amount, Google could be facing a bill of over £1 billion.

Google has paid large sums to settle disputes surrounding the Safari workaround. In 2012, it paid $22.5 million to make the US Federal Trade Commission go away. The following year, it paid a $17 million settlement to 37 US states and the District of Columbia.

This legal action could potentially be much more damaging for Google, and Mountain View has been fighting to prevent the action from even happening for several years. For what it’s worth, Google isn’t worried, and is adamant the case is without merit.

You can read more about the action, and find out how to join the claim at Google You Owe Us‘s website, here.

Read next: YouTube blocks most music videos in Finland, including the national anthem [Update]