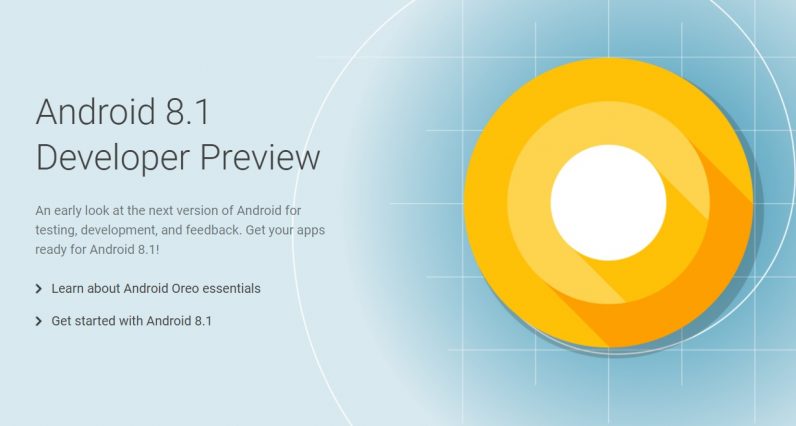 Android 8.0 might have just launched in August, but Google is already working on its next big update. The company today announced a developer preview for Android 8.1, with a final release due sometime around December.

So far, it doesn’t seem like there are too many useful features in 8.1 for the average user. This preview includes a few changes for developers, such as hardware acceleration for on-device machine learning, new memory management features, and improvements to autofill. It’s not clear if the biggest update we know is coming with 8.1 – activating the Pixel 2’s secret image processing chip – is live in this preview, as it’s not explicitly stated in the related documentation. We’ve contacted Google for more information and will update if we hear back.

Many of us assumed Google would launch Android 8.1 with the Pixel 2 series – much like 7.1 last year – but this time it decided to hold off for a while. Though we don’t recommend trying it unless you’re a developer, you can give it a go by enrolling your device in the Android Beta Program if you have a compatible device. Keep in mind that if you need to unenroll from the beta, you’ll have to wipe your device.

Read next: Corporate innovation— the next chapter of digital transformation