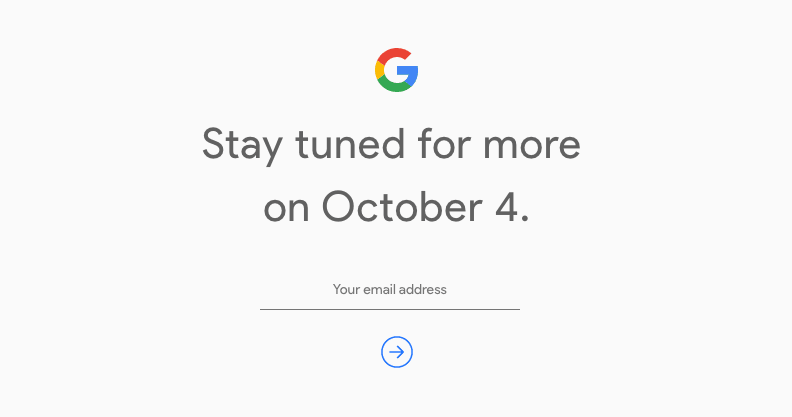 Google will at long last unveil the successor to much-acclaimed Pixel flagship at a special event on October 4.

The news comes straight from the source. The search engine giant uploaded a short video on its official YouTube channel, hinting the device will arrive with impressive battery life, excellent camera, and solid build quality and performance.

You can check out the clip in full here:

But this isn’t all.

At the very end, the video links to an updated  #MadeWithGoogle page where a cheeky animation reads, “Thinking about changing phones? Stay tuned for more on October 4.”

The page then goes on to ask interested users to fill in their email addresses for updates.

While some images supposedly showing early prototypes of the Google Pixel 2 leaked to the internet several weeks back, the expected launch date has mostly been a mystery until now.

Among other things, the device is slated to sport a Snapdragon 835 with 4 GB of RAM and 64/128GB of storage – and unfortunately, the handset might keep its massive bezels, to the disappointment of many Android enthusiasts.

According to recently surfaced FCC filings, this time around the Big G has opted to trust LG over HTC with manufacturing the flagship.

In any case, it will be interesting to see how the new device will stack up against other flagships – including Apple’s flashy iPhone X.

Read next: Spotify finally lands in the iMessage App Store