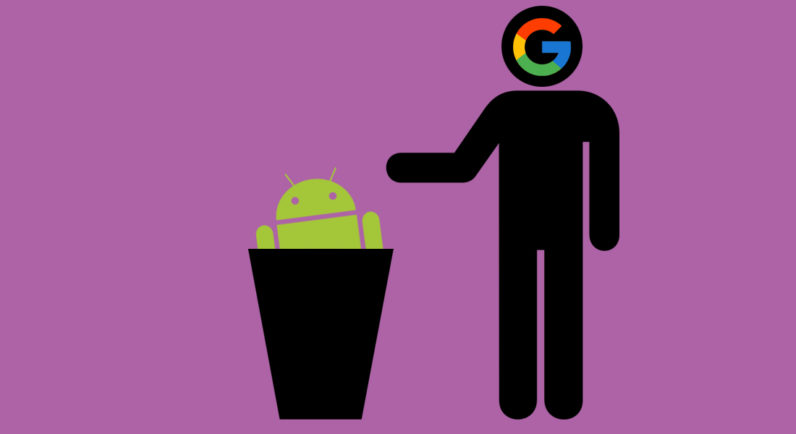 Thanks to a series of incremental improvements to its backup and restore feature, Google has made it fairly easy to migrate from one Android device to another without the hassle of setting up your handset all anew – that is, unless you leave your phone idle for too long.

A miffed user has taken to Reddit to complain the Big G automatically deleted his backup without any notification. The incident took place after he purportedly parted with his Nexus 6P handset a few months back and replaced it with an older iPhone while he was looking for a more viable Android replacement.

“Last week I randomly glanced at my Google Drive Backup folder, and the Android backup for my 6P was missing,” the dissatisfied user said. “Contacting Drive support confirms that there’s no recovery.”

Blindsided by this development, the user found this page where he spotted a disclaimer that backups automatically get assigned an expiration date once you stop using your phone for two weeks or longer.

Though wiping unused accounts clean is a practice many storage services – including Dropbox – adhere to, it turns out Google gave no indication that the backup was due for removal: “[N]o notification, no email, no proactive notice at all, and most importantly, no option to use the 100gb of my Drive storage to keep my fucking backup.”

Starting with Android 6.0 Marshmallow, the internet giant made it possible to back up not only contacts and calendar, but also apps, call history and device settings (like wi-fi passwords). According to a 9to5Google report, backups would last for about 10 before they expire.

We have contacted Google for a clarification on precisely how long backups are stored prior to deletion and will update this post with more details should we hear back.

Meanwhile, better keep an eye out on your backups.

Update: A spokesperson for Google has reached out to TNW with the following statement:

it is the case that after two weeks, you may see an expiration date for your backup on Android. Users can see when their devices were last backed up and when these backups expire in the Backup section of the Google Drive app for Android. We’re always looking to improve the user experience on Android, and so we encourage users to leave feedback, as outlined in this forum post.

So there you have it: Go let the Mountain View heavyweight know you’d like to be notified before your backup vanishes and they might start sending reminders in future versions.

Read next: SpaceX just published the most expensive blooper reel ever