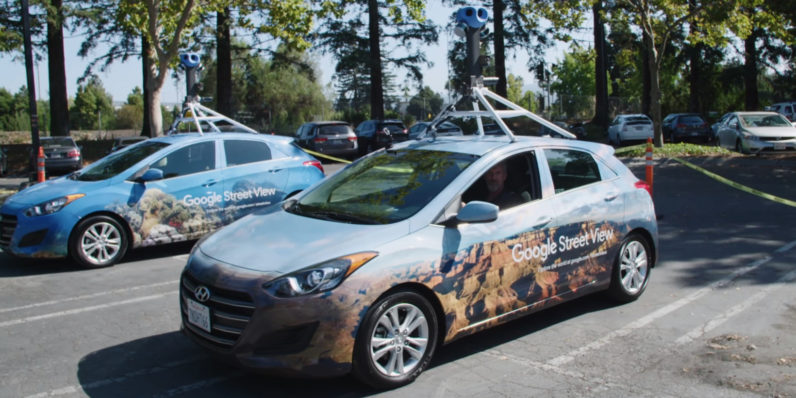 A decade and 80 billion photos since the launch of Google’s Street View program, the company is now revamping its mapping vehicles with all-new camera systems and AI to capture even better imagery of pretty much every publicly accessible space on the planet.

An obvious benefit of the new system, which includes eight new cameras and was rolled out last month, is prettier pictures in Street View with sharper details and more vibrant colors. But Maps vice president Jen Fitzpatrick told Wired that it’ll also help improve indexing and thereby enable Google to answer harder queries that its users throw at the search engine, like, “What’s the name of the pink store next to the church on the corner?”

Improved AI can also help with things like correctly appending addresses to businesses’ listings in Maps. Soon, the system will also be able to glean more information like opening hours. And eventually, Street View could help Waymo – the self-driving vehicle tech firm spun off from Google – boost its navigation capabilities.

One challenge that these enhancements won’t be able to tackle is getting governments across the globe to allow capturing, using and displaying Street View imagery. While Google has already deployed its systems in 85 countries, it’s not allowed to make its content publicly available from all of them. The in-depth piece exploring Google’s mapping advancements, also looks at competing services and privacy concerns – find it over on Wired.

Read next: Truecaller will let you dial numbers and make payments with a quick scan