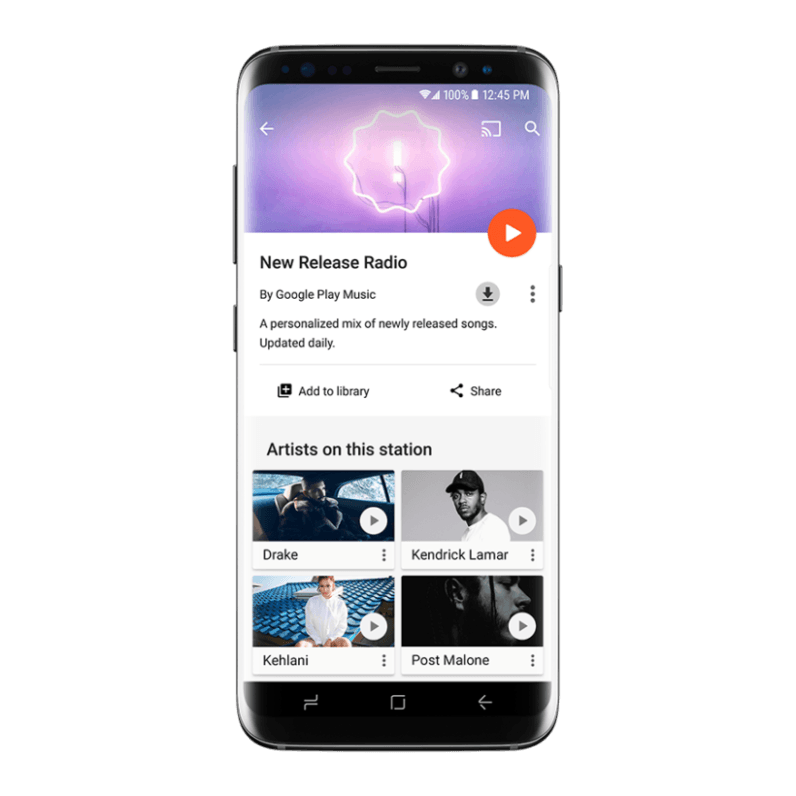 Google Play Music has been pretty great at making music recommendations ever since it bought Songza, but it’s been lacking in one area: New music. Today’s update hopes to change that.

Google is rolling out a new feature dubbed “New Release Radio” this week. But rather than just being a collection popular recent releases, the playlist is tailored to your own tastes. More specifically:

The station uses machine learning to select singles and album releases from the past two weeks based on your listening history and musical preferences. It’s a really quick way to check out all-new music that’s tailored just for you.

It’s a shot across the bow to Spotify, which made waves with its Discover Weekly playlist feature last year. It’s a bit of a copycat move, but I can’t complain about better music recommendations.

The feature was first previewed with Samsung users a while back, but it’s just now hitting the masses. It’s available for free users as well as paying subscribers.

Read next: SIGGRAPH 2017 trailer lends a peek at the future of computer graphics