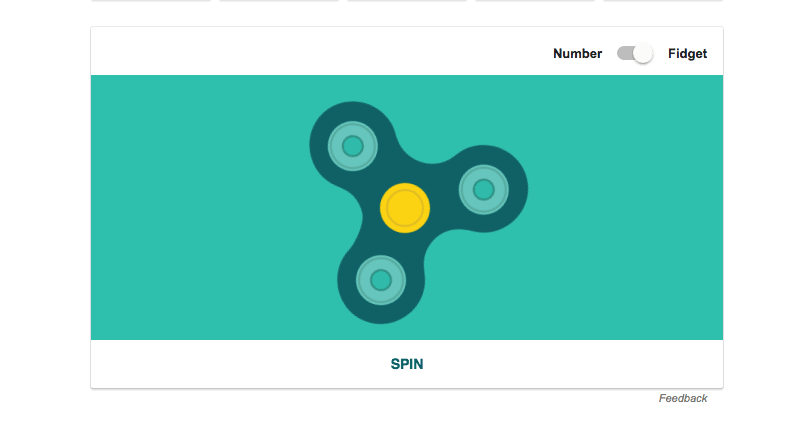 Redditors have spotted that the internet giant has added a hidden fidget spinner virtual simulation straight into search results – but you have to search for the right word to find it.

To access the hidden feature, you have to search for the word ‘spinner’ (not ‘fidget spinner,’ just ‘spinner’) and the widget will immediately show up below.

As long you follow this step, the virtual spinner shows up on both the mobile as well as the desktop version of search. It seems it doesn’t work on all browsers though: While we were able to confirm the spinner is available in Chrome and Firefox, Safari didn’t pull up the simulation for some reason (but some users report it also works there).

Here is how it looks:

The widget works exactly as you would expect: You will have to mimic a rotating motion with your mouse to get the toy spinning. Alternatively, you can simply click the designated ‘Spin’ button – but that is hardly as fun.

In case you’re not feeling the fidget spinner trend, Google has added a toggle in the right upper corner that lets you swap the spinner with a virtual wheel of fortune. You can further adjust the size of the wheel to any number between 2 and 20.

Click here to go play with the virtual fidget spinner; and if one isn’t enough: You can always mess around with this alternative too.

Read next: PSA: Instagram lets you hide your drunken Stories from your boss