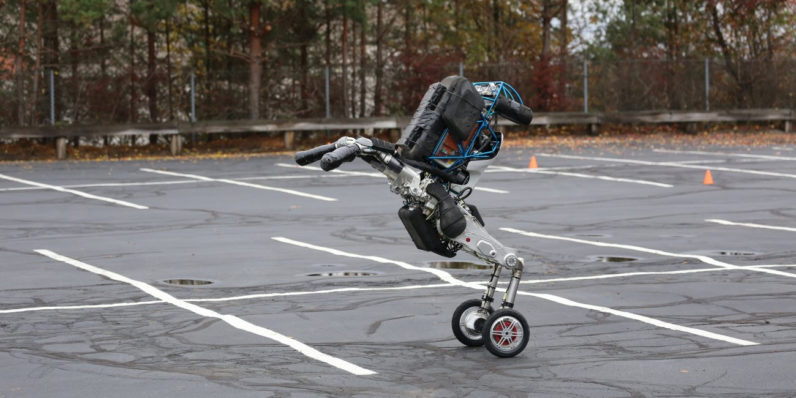 A little after a year since we heard that Google’s parent company Alphabet was hoping to sell off robotics firm Boston Dynamics, it’s finally happened. The maker of Big Dog, Atlas and Handle is being sold to Japanese tech giant SoftBank, along with another robotics firm called Schaft – which Google acquired in 2013. The terms of the deal weren’t disclosed.

While Boston Dynamics has wowed the world several times over with its incredible robots that can do things like lift loads, jump higher than a human can and get up after it’s fallen over, the company hasn’t been able to build anything it can bring to the market, or earning its owner any revenue.

In November 2015, Jonathan Rosenberg, who was heading up Google’s ‘Replicant’ effort to build consumer-friendly robots, noted, “We as a startup of our size cannot spend 30-plus percent of our resources on things that take ten years.”

Meanwhile, SoftBank is big on robots: it owns Aldebaran Robotics, which built the interactive bot Pepper that’s capable of reading and responding to humans’ emotions, entertaining people by dancing about, and even manning stores in Japan. The company’s home market is big on robots entering its workforce and providing convenience where possible.

Today, there are many issues we still cannot solve by ourselves with human capabilities. Smart robotics are going to be a key driver of the next stage of the Information Revolution, and Marc and his team at Boston Dynamics are the clear technology leaders in advanced dynamic robots. I am thrilled to welcome them to the SoftBank family and look forward to supporting them as they continue to advance the field of robotics and explore applications that can help make life easier, safer and more fulfilling.

It’ll be interesting to see what Boston Dynamics is tasked with under its new owner. There are valid concerns about the innovative firm’s wings being clipped and the team being forced to make simple robots designed for basic interactions with humans, but that’s yet to be seen. If anything, we can take solace in the fact that SoftBank seems more ready than Google with plans to actually make use of a robotics company.

Read next: OnePlus thinks you want an Android-flavored iPhone 7