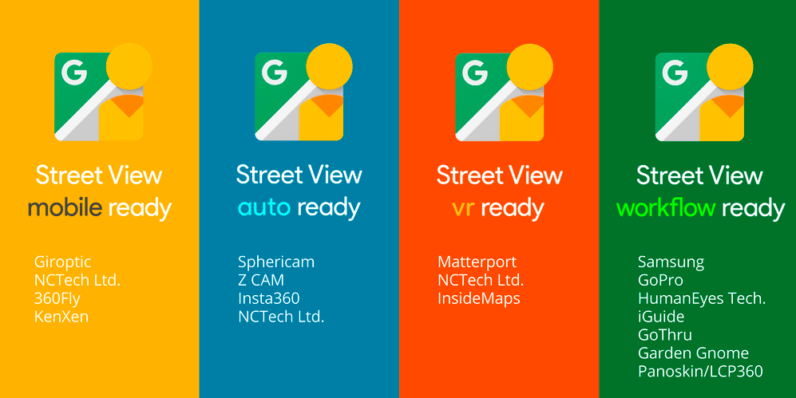 Today, Google announced it is siding with several hardware partners to deliver high-quality 360-degree cameras so you can make your own Street View images – and you can expect at least 20 ‘Street View ready’ recording devices by the end of the year.

In a new blog post, the company explained the ‘Street View ready’ certification standard will break down in four different categories. The 20 upcoming cameras will all meet at least one of the four standards to give you the “flexibility to choose the best way to upload imagery based on your interests.”

These are the four ‘Street View ready’ categories as listed by the Mountain View giant:

As far as partners go, the Big G has already added Samsung and GoPro to the list, among other less well-known brands. The two manufacturers in question will fall under the ‘workflow ready’ certification.

With this move, Google expands on its initiative from 2015, when the company first introduced the ability to create your own Street View images with your iOS and Android handsets.

Read next: Microsoft will reimagine Windows 10 PCs as Amazon Echo-like devices for families