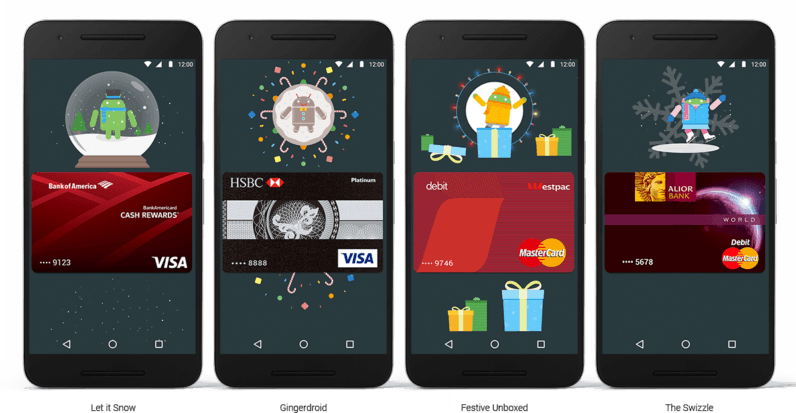 Contactless payments are hugely popular in the UK. The technology allows people to quickly pay for low-value items simply by tapping an RFID-enabled debit or credit card, or a smartphone against a special reader.

With almost four percent of card purchases now made using the technology, representing £2.4 billion ($3 billion) in sales during September alone, you can see why Google is eager to make inroads into this booming market.

Until the end of the year, Google is offering some pretty sweet incentives to those using the technology to pay for stuff.

Every time someone uses Android Pay in a UK store, or on the Transport for London network, they’ll get a virtual Christmas cracker. This could be filled with one of literally hundreds of thousands of prizes, including a £10 gift card for Costa Coffee, a pair of tickets for the Odeon Cinemas, or £500 to spend at House of Fraser or Currys PC World.

Users will also collect a free virtual coin after each transaction. Collect five coins, and you get £3 to spend at Costa Coffee, which is enough for a cake or an Americano.

Finally, Google is now offering 50 percent off Uber rides when Android Pay is selected as the payment mechanism. The offer is limited to a maximum of £5 per ride, and can be used up to ten times.

I suppose it is the season for giving. But Google’s offer isn’t entirely altruistic. Adoption of Android Pay in the UK has been relatively sluggish. Anecdotally, I don’t know anyone who actually uses the technology. That’s likely due to the fact that contactless payment cards are a standard feature with most UK bank accounts, unlike the US where they’re a relative rarity.

By offering these generous incentives, Google will introduce Android Pay to a load more people. And who knows, maybe some of them will actually stick around.