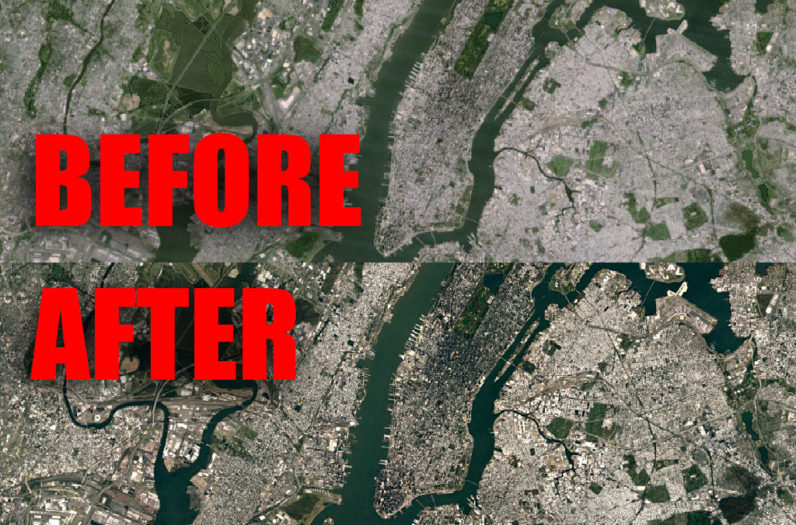 Google Maps isn’t getting new features, but it’s about to look way prettier. Google is rolling out sharper, more seamless satellite imagery to the tool.

The update includes photos from Landsat 8, designed by NASA and the United States Geological Survey, which launched into orbit in 2013. The satellite can capture images with greater details, better colors, and twice as often as the previous Landsat 7.

For comparison, here’s how the old imagery rendered New York City from the skies:


And here’s the updated, sharper look.
Some more examples:

Chances are the average user won’t even notice the difference, but for those of us who spend more time in satellite view than otherwise, it’s a welcome change.

Google says it’s mining nearly a petabyte of data – over 700 trillion pixels – in order to find the best cloud-free imagery for sharper maps. The new imagery is showing up across all of Google’s mapping products now.

For more on the update, check out the Maps blog at the source link below.

Keeping Earth up to date and looking great on Google Maps

Read next: Twitch wants you to 'Cheer' your favorite broadcasters with premium emotes called 'Bits'