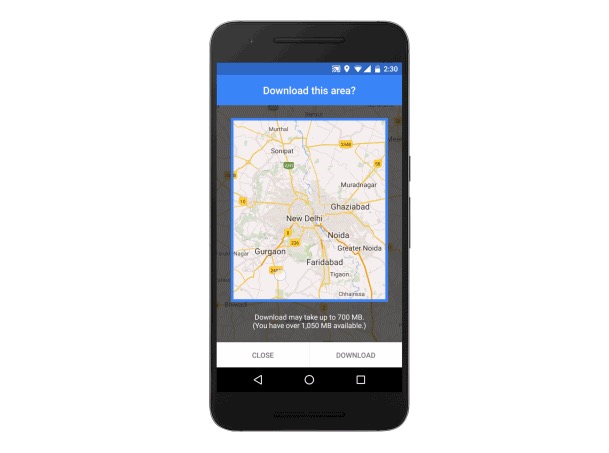 Google has announced that people using its Maps app on Android in India can now access offline navigation features.

The announcement to make offline mode available in India comes just a week after Google began letting Android users download maps and retain turn-by-turn navigation, but it still remains unavailable in many regions.

Updating the app for Indian users has come at a time when other tech companies like Facebook are showing their dedication to investing in emerging markets like India and Africa, viewing them as a huge potential customer base.

Earlier this week, Facebook revealed that it’s partnering with Airtel Africa to bring free access to basic internet services to 17 countries in Africa through its Free Basics program. India is a country that still endures connectivity issues, so offline mode is crucial to Google Maps users in the region.

Google also announced this week that it has lowered the minimum app prices in the Play Store for 17 countries, including India.

Android devices remain the most popular choice for accessing the Web in India, so it makes sense that Google would focus on rolling this feature out on that platform first, though it will be available on iOS “soon,” according to Google.

➤ Find your way. Even when the internet can’t find you. Google Maps is now available offline in India [Google]

Read next: Sky Q looks like a true next-gen TV service, but I'm worried how much it will cost