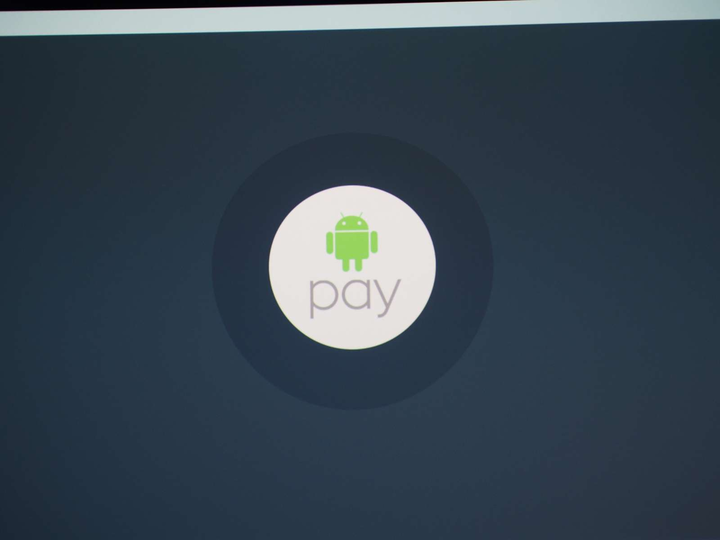 Touting “Security, simplicity, and choice,” Google has announced Android Pay, a new way to pay for goods and services with your Android phone.

Taking a page from Apple Pay, it will be be applied to physical transactions via NFC as well as in-app purchases.

With Android Pay, you unlock your phone and place it near a merchant’s contactless terminal. You don’t need to open an app. You’ll also see payment confirmation and get transaction details on your phone. Just select “Buy with Android Pay.”

With Android Pay, the contactless terminal receives your payment info and your loyalty programs and offers. You will be able to pay with your credit or debit card, across multiple Android devices, and at thousands of stores and apps.

You’ll be able to add your credit and debit cards directly from bank apps for use with Android Pay. Google is partnering with major payment networks including American Express, Discover, MasterCard and Visa to for security tokenization. It’s also working with mobile providers such as AT&T, T-Mobile and Verizon to have Android Pay pre-installed in devices.

With it, you can create a virtual account — like Apple Pay’s one-time tokens. However, your personal information is never transmitted. Android Pay will soon be at some 700,000 store locations and in some 1,000 Android apps.

Read next: BBC iPlayer lands on Nintendo's Wii U