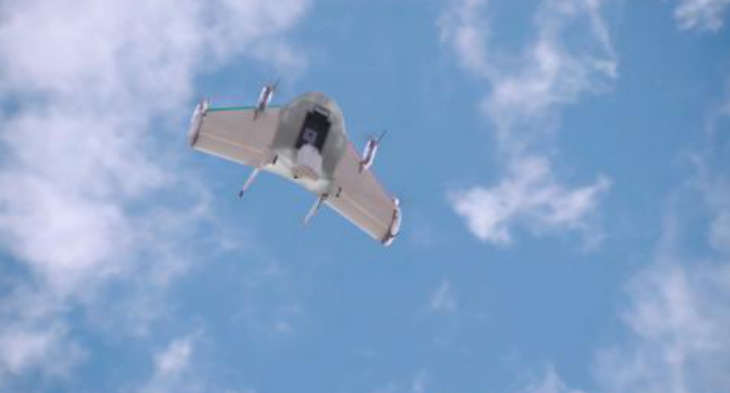 The skies of the future are about to get a bit more crowded as Google takes the wraps off its secret drone delivery system, Project Wing.

The Atlantic reports that Google has been working on the delivery system for two years inside the company’s moonshot lab, Google X. Tests of the secret program have taken place in Australia due to the country’s more lax policies regarding remotely piloted aircraft.

The drone itself is a hybrid of a plane that flies vertically and a helicopter because it can hover horizontally. The video above shows the drone in action. When delivering packages, the payload is lowered to the ground via a tether. Once the object is safely on terra firma, the tether retracts and the drone is off.

Amazon has also indicated that it wants to deliver products via drone. Soon the sky will be filled with deliveries whizzing around or mid-air crashes and free drone parts for everyone.

Check out the entire interesting story of  Google’s Project Wing on The Atlantic.

Read next: Chrome 38 beta arrives with new user switching for profiles, Guest mode, and 64-bit by default for Mac