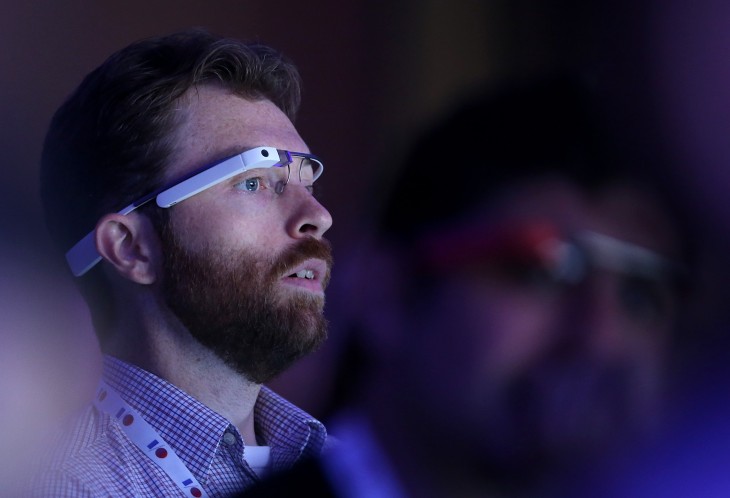 Google today announced no fewer than 12 new and updated Glassware apps for users of its futuristic head-mounted computer to check out.

Runtastic is bringing its fitness prowess across to Google Glass, giving you an easy way to perform and track different workout routines. If you’re the type that struggles to keep motivated, there’s also the light-hearted Zombies, Run! which approximates what it would be like to be chased by the undead.

Basketball enthusiasts are being treated to a new 94Fifty Basketball app that works with the company’s ‘Smart Sensor‘ ball. It’s aimed at dedicated players and up-and-coming athletes, giving feedback such as speed, arc and backspin for every individual shot. If you’re struggling to nail those crucial three-pointers, bringing this to the court might up your game.

Learning a new language can be incredibly gratifying and also useful for both work and personal life. Duolingo has already found a huge following on iOS and Android, but now it’s bringing casual vocabulary classes to your face too.

Goal.com arrives just in time for the FIFA World Cup, while GuidiGO promises over 250 guided tours by local experts for 27 destinations. Allthecooks has updated its culinary app with the option to switch between recipes and directions with voice commands, while Star Chart lets you gaze at the sky and learn about the stars, planets and constellations.

Shazam is probably the most notable addition, bringing its renowned music-recognition service to Google Glass. MusicXmatch joins the fray with on-screen lyrics in any language – perfect for those impromptu karaoke sessions – while Livestream lets you broadcast to the world.

The final addition is a new app from the Guardian, which actually launched yesterday in conjunction with the UK release of Google Glass. In the last 24 hours, Google has also released new frames and shades by fashion designer Diane von Furstenberg in the US.

Read Next: Google Glass finally arrives in the UK, the first country outside the US / Google Glass frames and shades designed by Diane von Furstenberg are now available in the US

Read next: Pebble teams up with Misfit so you can use its e-paper smartwatch as a full-blown pedometer