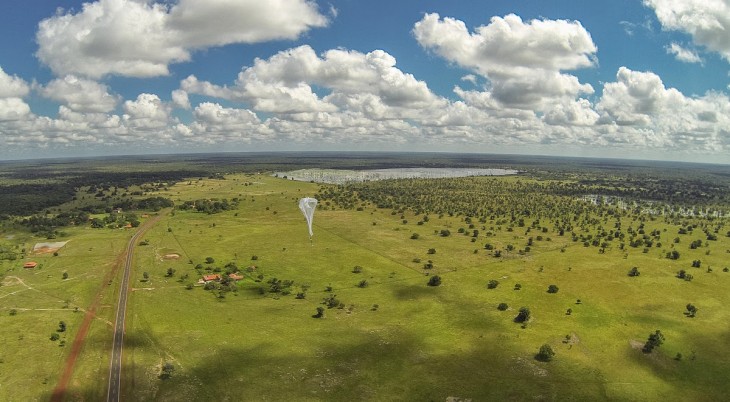 Google’s Project Loon is drifting to even greater heights. The company recently tested its balloon-powered internet access venture in Brazil, marking its first LTE experiments and launch near the equator.

In the countryside just beyond Campo Maior – located inside the state of Piaui, and roughly two hours outside of Teresina – Google was able to propel its high-altitude balloons into the air and connect a school called Linoca Gayoso to the internet for the very first time. That alone is arguably cause for celebration, but it’s also the first time Google has tested LTE delivery.

Google shared a video about the project and a photo gallery on Google+ explaining the tests. Both are well-worth checking out.

At the moment, fixed base stations are required to connect with Google’s balloons while they float overhead. If LTE connectivity was established successfully, it would allow users to connect directly with their smartphones and tablets, offering simpler coverage to a larger group of people.

“In addition to operating over long distances, LTE has the added benefit of being the same type of signal that telecommunications companies already use for cellphones,” Google explains. “This means that when [Project] Loon partners with telcos to deliver last-mile connectivity, we will be able to use the telecommunications companies’ existing infrastructure, which will allow us to deliver service to rural and remote users seamlessly and quickly.”

Google first unveiled Project Loon a little over a year ago, but since then the company has been fairly quiet about its moonshot project. This update shows the company is still dedicated to the cause – and with its I/O conference on the horizon, there could be some meatier announcements on the way.

Read next: iHeartRadio adds new personalization features to its Android app as it preps Chromecast support