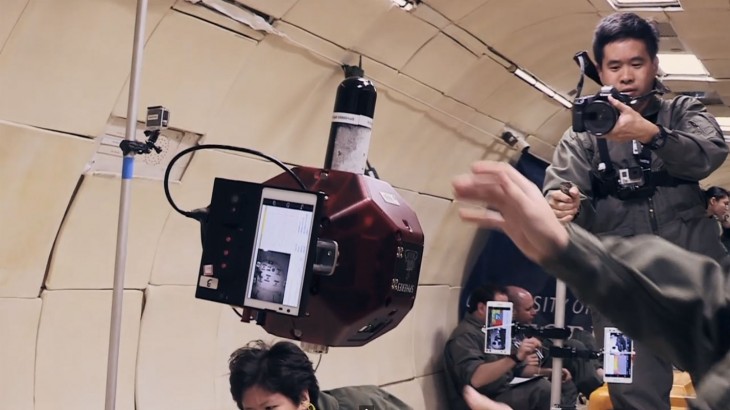 Google’s ATAP team and NASA are using the Project Tango smartphone with 3D motion tracking to help navigate robots in the International Space Station. The smartphone’s Myriad 1 vision processor chip is capable of making a quarter millions 3D measurements per second. It uses those measurements and creates a map of its surroundings.

By attaching a Project Tango smartphone with those mapping capabilities to a SPHERES robot, the autonomous balls can navigate though the space station and perform low-level duties that would usually fall to the astronauts. While floating in the zero-gravity environment, the smartphone will construct a 3D map of the station which will guide the SPHERES to where they need to go without bumping into all the delicate equipment.

Watch the video to see Google and NASA testing a prototype of the system on the G-FORCE ONE 727. The SPHERES with Project Tango smartphones attached will be launched into orbit this summer.

Read next: Microsoft’s Xbox One passes 5M units sold to retailers, but Titanfall boost not enough to beat Sony