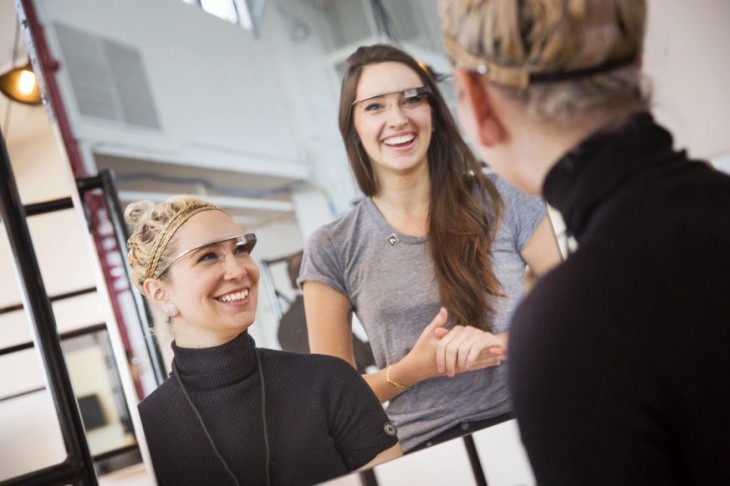 Google Glass is arguably the most concerning new product for privacy advocates nowadays, but certain businesses also have reason to worry. The gambling industry is the latest to show apprehension, with casinos and regulators in at least two states prohibiting the device in some form.

Update at 4:40 PM EST: “We are thinking very carefully about how we design Glass because new technology always raises new issues,” a Google spokesperson told TNW. “Our Glass Explorer program, which reaches people from all walks of life, will ensure that our users become active participants in shaping the future of this technology.”

According to a report from The Press of Atlantic City, New Jersey regulators have given Atlantic City’s 12 casinos the authority to ban the gadget from their gambling floors. “For example, if these eyeglasses were worn during a poker game, they could be used to broadcast a patron’s hand to a confederate or otherwise be used in a collusive manner,” the New Jersey Division of Gaming Enforcement warned in a newly issued advisory to the casino industry.

One of the first bans, unsurprisingly in Las Vegas, Nevada, was noted early last month by The New York Times. “We will not allow people to wear Glass while gambling or attending our shows,” a Caesars Entertainment spokesman told the publication.

MGM Resorts and other casinos in the state are enforcing similar rules, ranging from directing their employees to ask customers to remove Glass if they suspect foul play or simply outright banning the devices. Yet this is just a small development in a much broader story.

The closest device that Glass resembles is a smartphone. You already can’t use most devices while playing a casino card game, though you can of course keep it on your person.

What’s interesting here is that it is significantly harder to figure out if a Glass user is using the device for cheating. Since it is constantly in sight, unlike a smartphone that would need to be hidden, one would have to look at the users’ eyes to see if they are looking at what the device is displaying, or listen to hear if they are whispering instructions to it. For this reason, outright bans are seen as a safer bet.

Just like the ban didn’t stop at one casino, it won’t stop at one type of business. While in this particular case the reason is in regards to cheating, there will be many cases where Glass is banned simply because it is so good at not getting in the way.

There are bigger questions that will be asked in the coming months and years as the gadget transitions from a developer device to a consumer offering. Right now, where most devices are outlawed, Glass is too, as it’s just another device.

Given that Glass is on your face even when it’s not recording or taking a picture, that for some it will become crucial to everything they do, and may even be next to impossible to take off (prescription versions are coming this year), we’ll likely see businesses design specific rules for it. That’s assuming it succeeds, but if not, this is just one example exemplifying how wearable computing as a broad category will force a lot of change not just for its owners, but for everyone everywhere.

We have contacted Google about this issue. We will update this article if we hear back.

Read next: Here's how you will upgrade to the public preview of Windows 8.1