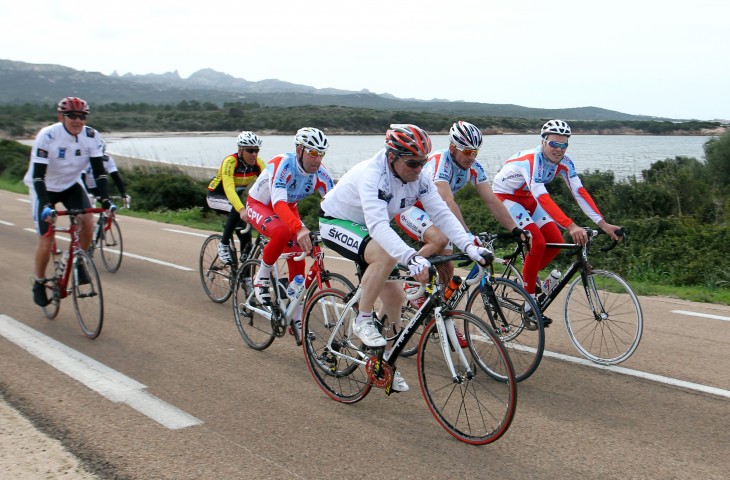 Google is adding cycling directions for a number of European countries covered by its Google Maps service, including Germany, France, Poland, Ireland, Luxembourg and Liechtenstein.

The new information should keep cyclists notified of popular bike trails, official cycle lanes and recommended roads directly on the map. So there’s no need to switch to a dedicated cycling app, or dig out an old paper map when the user is out on the roads or exploring the countryside.

The data is also being provided by cycling experts, ensuring that all of the route information is accurate and up-to-date. Google says that in some countries, it’s partnered with a relevant organisation – Heise Online points to the General German Bicycle Club in Germany, for example – as well as information submitted through Google Map Maker.

The process of planning a route and keeping on top of directions works in exactly the same manner as Google Maps’ other supported transportation methods; driving, walking and taking public transport, such as buses or the train.

Users simply hit up Google Maps from the browser – app support hasn’t been rolled out just yet, but is likely on the cards – and punch in their start and end point under the ‘Get Directions’ option. Google then displays a recommended route, with a clear indicator of where the cyclist needs to go and a number of step-by-step directions in the sidebar.

The key to all of this, of course, is intelligent mapping and accurate data. If a mapping service recommends that the cyclist takes the nearest highway, or avoids some of the most scenic routes, they’re unlikely to attract any loyal users.

“Time estimates for the route will be based on a complex set of variables accounting for the type of road, terrain and turns over the course of my ride,” he explains. “I also am able to turn by turn Navigation for my bike. I just plug earphones into my phone, switch over to Navigation and let Google Maps guide me through the city – just as from the car.”

Biking directions have been available in the US and Canada since 2010 but it’s taken a while for Google to roll-out the functionality elsewhere in the world. It’s understandable, given that the company has been talking to local cycling groups and appropriate firms or membership bodies, but shows that Google is prioritizing a high-quality service above all.

Turn-by-turn biking directions were launched simultaneously for some, but not all of these countries; Austria, Australia, Belgium, Denmark, Finland, Netherlands, Norway, Sweden, Switzerland and the United Kingdom – the new regions announced today have therefore been a long time coming.

Google Maps was given a major refresh at Google’s annual I/O developer conference this year thanks to a host of interface improvements, a unification of its imagery from Google Earth, Street View and other specialized projects, as well as more personalized results for the user.

The company also added Street View imagery for the Galapagos Islands in Google Maps, through a new partnership with the Charles Darwin Foundation (CDF) and the Galapagos National Parks Directorate (GNPD).

It’s often hard to see how Google Maps could get any better, but the company continues to find ways of improving its cross-platform mapping service for every eventuality. Cycling directions is a welcome addition to the suite of supported transportation options and we’re keen to see it rolled out for new countries down the line.