Today at Google I/O, Google unveiled a new version of the desktop version of Google Maps. The Maps update brings a host of interface improvements, unification of its imagery and services, plus more personalized results.

The new version of Google Maps is heavily customized for every user, with knowledge about a user contributing to discovery of new places using the same data as Google Now. 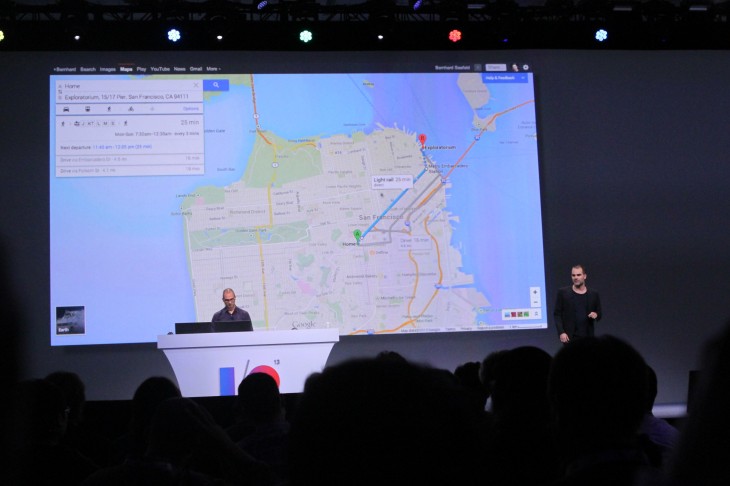 Among the new features being announced is that the new service collates imagery from Google Earth, Google’s Street View and special projects including its space and underwater imaging. Instead of having to bounce around between products, you’ll now be able to get all of that in one place.

Here’s Street View, which is easily accesible from any search and includes indoor imagery:

Here’s the new overhead view, which is also rendered in 3D using WebGL, like Google Earth:

Maps also now features live updating Photo Spheres that can be added to a Google Map by anyone:

Some of those new views will be augmented via WebGL — the tech behind Google Earth — to produce more interactive and detailed images. Some browsers like Chrome will be all set for the new features, but they might not work in older versions of Firefox or Safari.

Flight search and place reviews are now integrated fully into Google Maps, giving you the ability to search for directions including flights in one go. Reviews and ratings can be culled from top reviewers or your Google+ circles.

If your interest is piqued, you can sign up for the new Google Maps here.