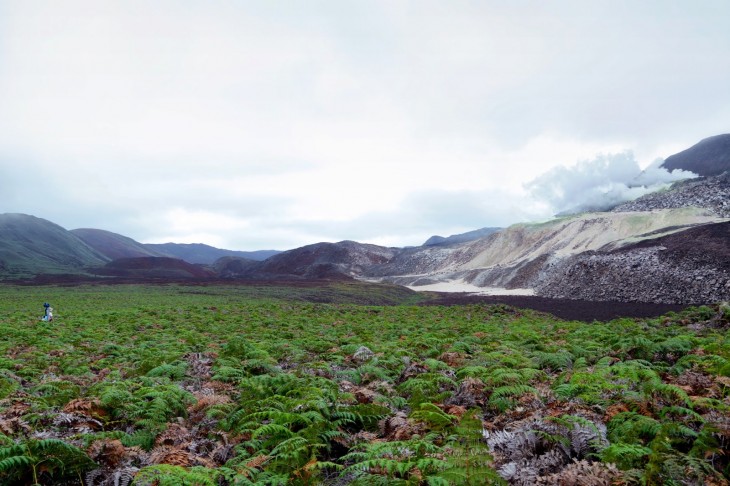 Anyone with even the remotest interest in the natural world will know all about the Galapagos Islands – they played a pivotal part in Darwin’s theory of evolution.

With that in mind, Google is now bringing panoramic images of the Galapagos Island to Street View, via a partnership with Charles Darwin Foundation (CDF) and the Galapagos National Parks Directorate (GNPD).

The images aren’t yet available, but the Internet giant has given a glimpse of what we can expect when they’re pushed on to Google Maps later this year. Take this, for example, which shows a giant tortoise crawling along a path in front of a Googler as she collects imagery with the Street View Trekker:

“Our 10-day adventure in the Galapagos was full of hiking, boating and diving around the islands (in hot and humid conditions) to capture 360-degree images of the unique wildlife and geological features of the islands with the Trekker,” explains Raleigh Seamster, Project Lead, Google Maps.

“We captured imagery from 10 locations that were hand-selected by CDF and GNPD. We walked past giant tortoises and blue-footed boobies, navigated through steep trails and lava fields, and picked our way down the crater of an active volcano called Sierra Negra.”

It seems that Street View will also be getting underwater imagery of the Galapagos Island too, as Google has partnered with Catlin Seaview Survey to collect sub-aquatic snaps of areas being studied by CDF and GNPD.

“This imagery will be used by Catlin Seaview Survey to create a visual and scientific baseline record of the marine environment surrounding the islands, allowing for any future changes to be measured and evaluated by scientists around the world,” explains Seamster. “We hope this Street View imagery not only advances the important scientific research, but also inspires you to learn more about this special place.”

Google has previously added underwater imagery to Maps, letting users go ‘virtual diving’ in the Great Barrier Reef, the Philippines and Hawaii. And it has been building a pretty extensive library of remote imagery from elsewhere too with the likes of Antarctica, as well as Svalbard which is 400 miles north of mainland Europe.

Read next: Google adds Google Drive files and Calendar events to Gmail's search for US users