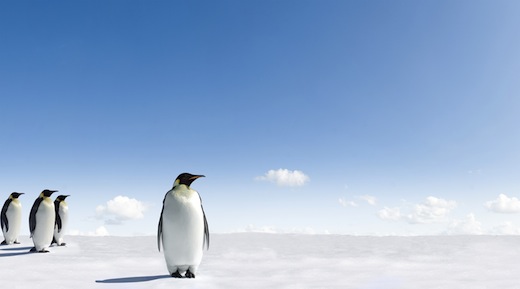 Google Maps and Street View are a great way to pass time by exploring parts of the world and, one my personal favourite places, Antarctica, just became a lot more appealing after Google added panoramic 360-degree images of the South Pole.

The company introduced Street View to the icy region but now a whole load more data has been unlocked — and added to the fascinating World Wonders project — as Google explains in a blog post:

With the help of the Polar Geospatial Center at the University of Minnesota and the New Zealand Antarctic Heritage Trust, we’ve added 360-imagery of many important spots, inside and out, such as the South Pole Telescope, Shackleton’s hut, Scott’s hut, Cape Royds Adélie Penguin Rookery and the Ceremonial South Pole.

Rather than bring the Street View trucks out — and sadly miss out on an opportunity to switch the wheels to skiis — Google used a lightweight tripod camera with a fisheye lens, which is actually the same set-up used for its Business Photos program, though the similarities pretty much end right there.

Check out more the picture-post cards images on Google’s blog or the video below for a look at the stunning imagery, which is live in Google Maps now.

Read next: EC to investigate whether Microsoft kept browser choice commitments, may face up to $7 billion in fines