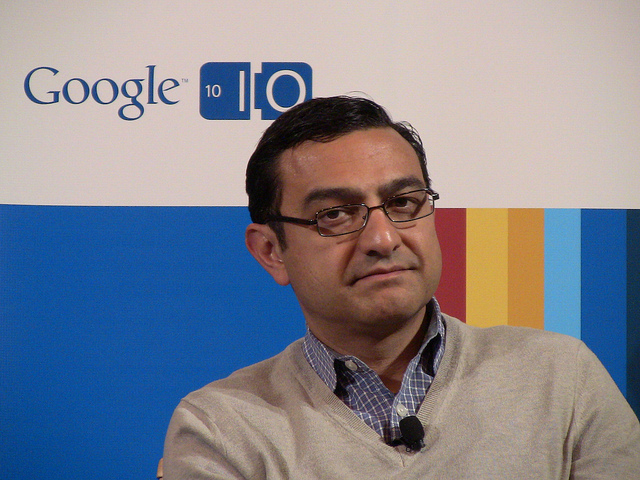 Vic Gundotra, Senior VP of Social Business of Google, shared some of its recent numbers and learnings on G+ at the Google I/O event today. This is the one-year anniversary of the social layer’s launch, and the company is proud of how far it has come.

– 250M+ accounts have upgraded to or signed up for a Google+ account
– 150M+ accounts are active every month
– 50% of its users sign in every day
– On average, 12 minutes a day are spent in the Google+ stream

Speaking to Gundotra and VP of Product for Google Apps, Bradley Horowitz, this week in Mountain View, the two talked to me about how Google sees the traction of the service thus far.

Gundotra had this to say about Google’s company-wide social shift:

What most people get wrong is that they compare Google+ to most competitors. It’s not Google+, its Google. YouTube, Gmail, and Google+ is the social graph that we’re growing, and to bring them into one Google experience.

In addition to building out its own social graph, the company has put quite a few resources into gelling all of its products together, as Gundotra told me that for an entire year, except one friday in August, the Google+ team shipped a new build every single day.

There are other reasons why Google+ has huge potential to make all of Google’s products social, such as what can happen once the company starts using more of its “bread and butter.” I asked Gundotra what Google’s competitive advantage on things like showing a stream of information:

The Google+ team is focusing both on building great features, as well as making sure Google’s existing products are infused with social interactions. Gundotra says:

This makes our core better.

As far as Google+ becoming adopted by enterprise companies for collaboration, Gundotra said: “We’re just getting started there,” so definitely keep that in mind moving forward.

So there you have it, Google is extremely pleased with the first year of Google+, as it’s something it is extremely dedicated to company-wide. As Gundotra told me: “We’re just getting started.”

I’d still like to see a full Google+ API, and I’m sure there are some developers here at the conference who agree.