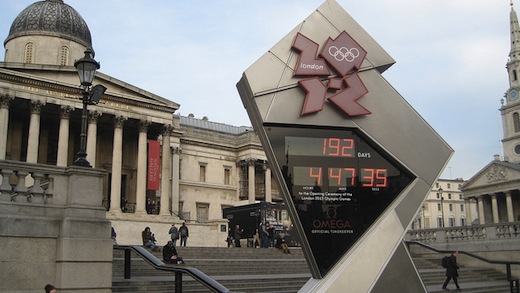 Google has just announced that its YouTube subsidiary will be host to live coverage of the London 2012 Olympic Games from across 64 territories in Asia and Sub-Saharan Africa.

That means that, from July 27 to August 12, millions of people in countries like India, Singapore, Nigeria and Kenya will be able to livestream the next Summer Olympic Games free of charge, in addition to watching ‘highlight clips’.

Google says the International Olympic Committee’s (IOC) YouTube channel will offer fans over 2,200 hours of HD sporting event coverage from the Games, including all the medal finals:

The IOC channel will have 10 HD live-feeds from the Games, running from 9am to 11pm London time, plus a 24-hour broadcast of the Olympic News Channel. There will also be highlight reels and full videos of events after they’ve finished — all organized by the day, medal event, or the sport.

It’s nice to see that Google and the IOC are making an effort to enable fans worldwide to watch coverage from the Olympics if they’re not able to make the trip to London themselves.“

The BBC’s plans for “the first digital Olympics”? 24 simultaneous live streams across 4 screens.

Alex Huot: London 2012 will be the first Social Media Olympics

London 2012 Olympics off to a false start in Iran, where the official website is now blocked