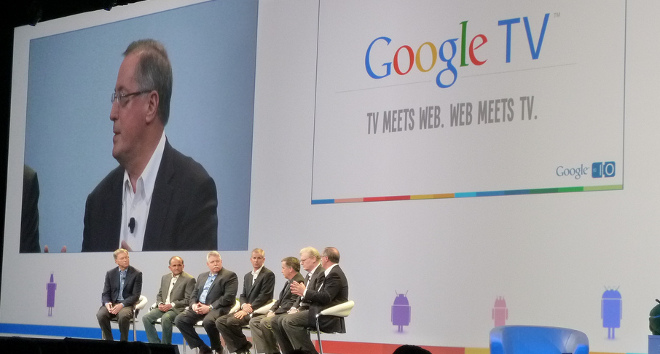 It’s fair to say that at The Next Web we’ve been salivating about the idea of getting some really exciting apps that integrate with TV viewing for some time. Ever since it was announced last May, Google TV has seemed like the most likely candidate to deliver the goods first and now it looks like that’s going to happen.

GearLive reports that Ashish Arora, VP and general manager at Logitech’s Digital Home Group, confirmed at the OTTcon event yesterday that a Google TV app store was on the way “shortly” and that “It’s a given that it will happen this year, 100 percent.”

What’s more, it’s a relief to hear that the apps available “Won’t just be weather apps”. “What will be really interesting will be to tie the content to what you’re watching,” Arora reportedly commented. Logitech was one of Google’s launch partners for its TV project so is well placed to know the roadmap for further development.

Although Google TV has been poorly received to date, it’s still early days for app-enabled TV viewing and an app store backed by the search giant is exactly the kind of thing that will help kickstart a blurring of lines between broadcast and online media. That’s when things will get really interesting.

Read next: Skyfire browser for iPhone gets new social features and "likes"