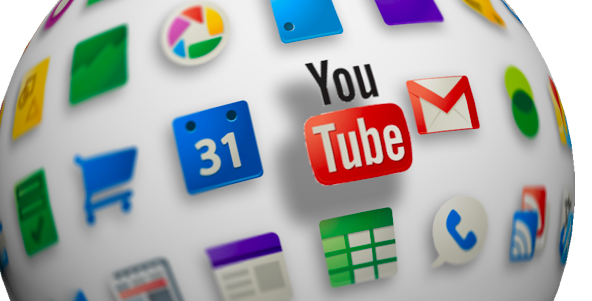 YouTube is one of the biggest websites in the world, according to Alexa. Every hour, another 35 hours are added to the website.  This is common knowledge, but you wouldn’t guess it from YouTube’s homepage. If you’re logged in, some recommendations will appear below the big advertisement that tries to grab your attention instead. Other content includes trending videos and a list of categories with one of the most popular videos.

Youtube’s recommendations are often far-fetched, not interesting (same video, different uploader) or unhelpful. The title often doesn’t even fit in the space it’s been given. So I’m left guessing whether I want to watch “Mitchell and Webb – Hospital Inu…”  or “Black Swan REVIEW! – The Totally…”. Totally what? Thankfully, there’s a thumbnail to help me decide whether I actually want to watch that video.  It’s tiny and features only one still from the video. For all I know, this video might be one image of some actor or album cover. There’s plenty of videos on YouTube like that, so seeing rightaway whether I’ve got the official music video for Pete Lawrie’s In The End or a still image of the singer himself would be quite convenient.

Nope, I’m not a fan of YouTube’s frontpage. Dailymotion and Vimeo both select videos to feature in a gallery on the front page. This already tells me more about the video than any YouTube homepage recommendation does.  It’s not the most social approach possible, but you have learned more about the video even before you hit play because the full title is featured on the homepage and there’s an actual, useful description. Now if YouTube were to take that idea and make it social…

While Google is busy implementing social features into Google Search that aren’t necessary an improvement to the search engine (as Brad McCarty rightfully pointed out), it could easily turn YouTube’s homepage into a more social and dynamic experience. Why can’t other Youtube users decide whether a video should feature on the front page, be it for their friends’ homepage or for every user that watches similar videos?

In fact, there’s a Like and Dislike buttons already on every video page. Why not feature the most popular videos and let other users write recommendations for it? Websites like whatthetrend.com let users explain why certain topics are trending. Why not have the same feature on YouTube for videos? Let people recommend videos to each other – not by sending an email but by sharing it on the website itself. All you need is a new frontpage. People share the hell out of videos, after all.

The website is called YouTube for a reason.  The user infrastructure is there already. All the site needs is an updated frontpage. “Join the largest worldwide video-sharing community”, it says when you visit YouTube.com. But when willl Google start using that community, and put the You back in Youtube?