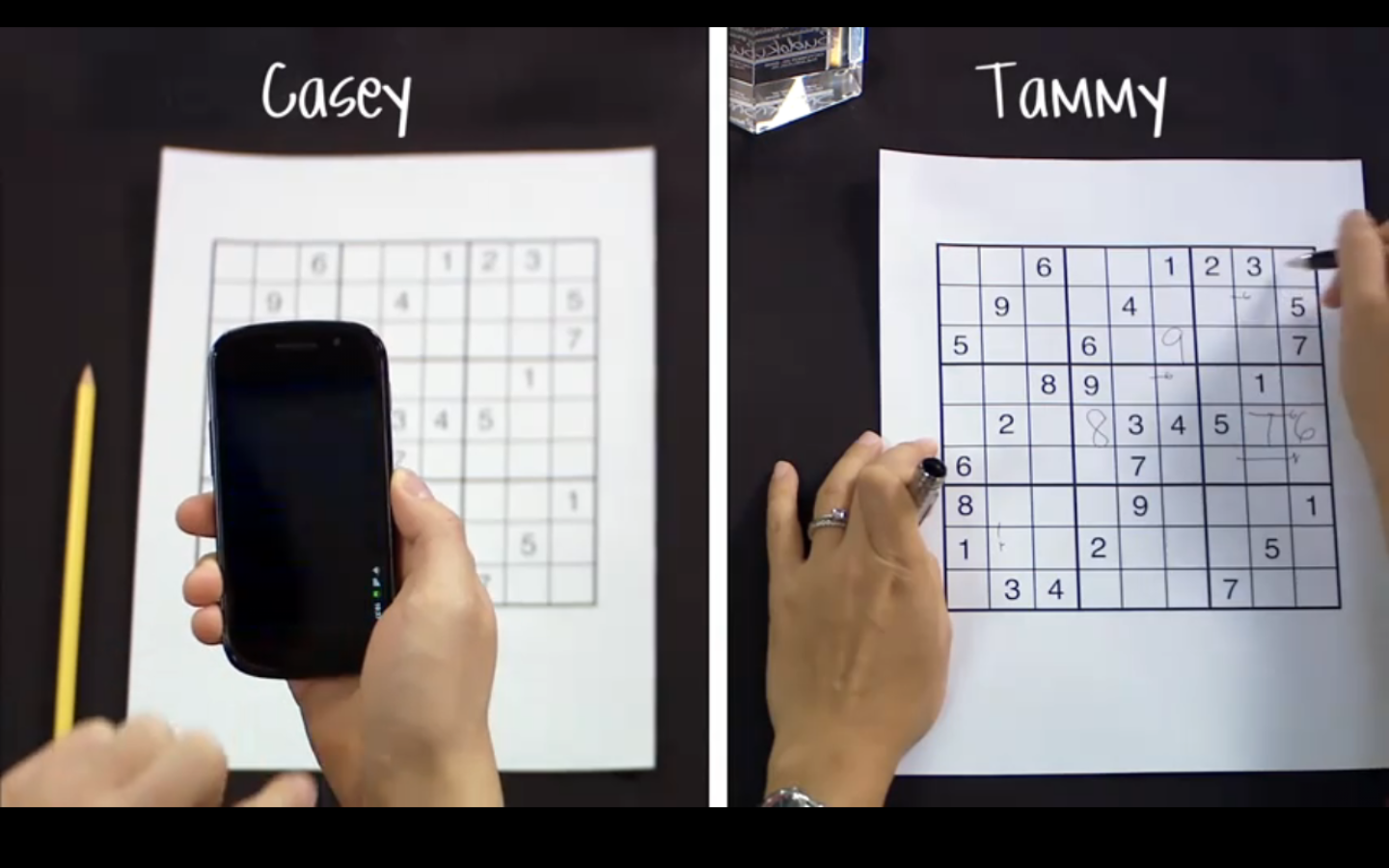 Google Goggles for Android has received a new update (version 1.3), allowing users to take a photo of an unsolved Sudoku puzzle, the software will then analyse it and solve it upon request.

Google Goggles, if you didn’t know, is an innovative service that allows smartphone users to search the web by simply taking a picture with their handset.

Today’s update brings not only a Sudoku solver but also faster barcode recognition, support for all print advertisements that have been in circulation since August 2010 and a torch mode to illuminate subjects (on supported handsets).

There is now an option to load images from the gallery to be analysed as well as the removal of a shutter sound when taking pictures of subjects.

The feature is difficult to describe, you need to use it or see it for yourself:

We’ve tried it and it works flawlessly.

Google also recently announced a new initiative where it partnered with Buick, Disney, Diageo, T-Mobile and Delta Airlines – the companies adapted their print adverts, posters and other media and made them “Goggles-enabled”, giving mobile users the opportunity to take photos of the media pieces and have mobile websites delivered by the Goggles app.

Currently the update is only available on Android and iPhone devices, get downloading and try it yourself!