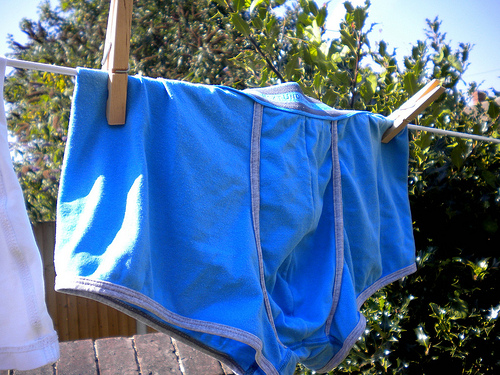 A Japanese woman is suing Google over claims the search giant displayed images of underwear hanging on her washing line on its Street View mapping service.

The unnamed woman is seeking damages of 600,000 Yen (approximately $7000), claiming that the images had caused her psychological distress, resulting in losing her job and the changing of her residence.

Japan’s Mainichi newspaper reported news of the suit, highlighting that the lady first saw the photo on Google’s Street View service in Spring when she performed a search on her own house. It is claimed that upon discovering the pictures of underwear on her washing line, the woman’s existing obsessive compulsive disorder worsened as a result of increased anxiety, leading her to feel as if her life was being secretly recorded.

It’s not the first time that Street View has come in for criticism – Google escaped punishment for collecting private data with its Street View cars, only recently deleting the data it collected. In Germany, the service launched to much objection with 244,000 citizens opting out of the service as a result.

Google has confirmed it is looking into the case with the woman claiming that images of her underwear were pulled from Street View mapping in October, the same time as when the woman filed the suit.

Read next: Privacy and Permission in the Global Age