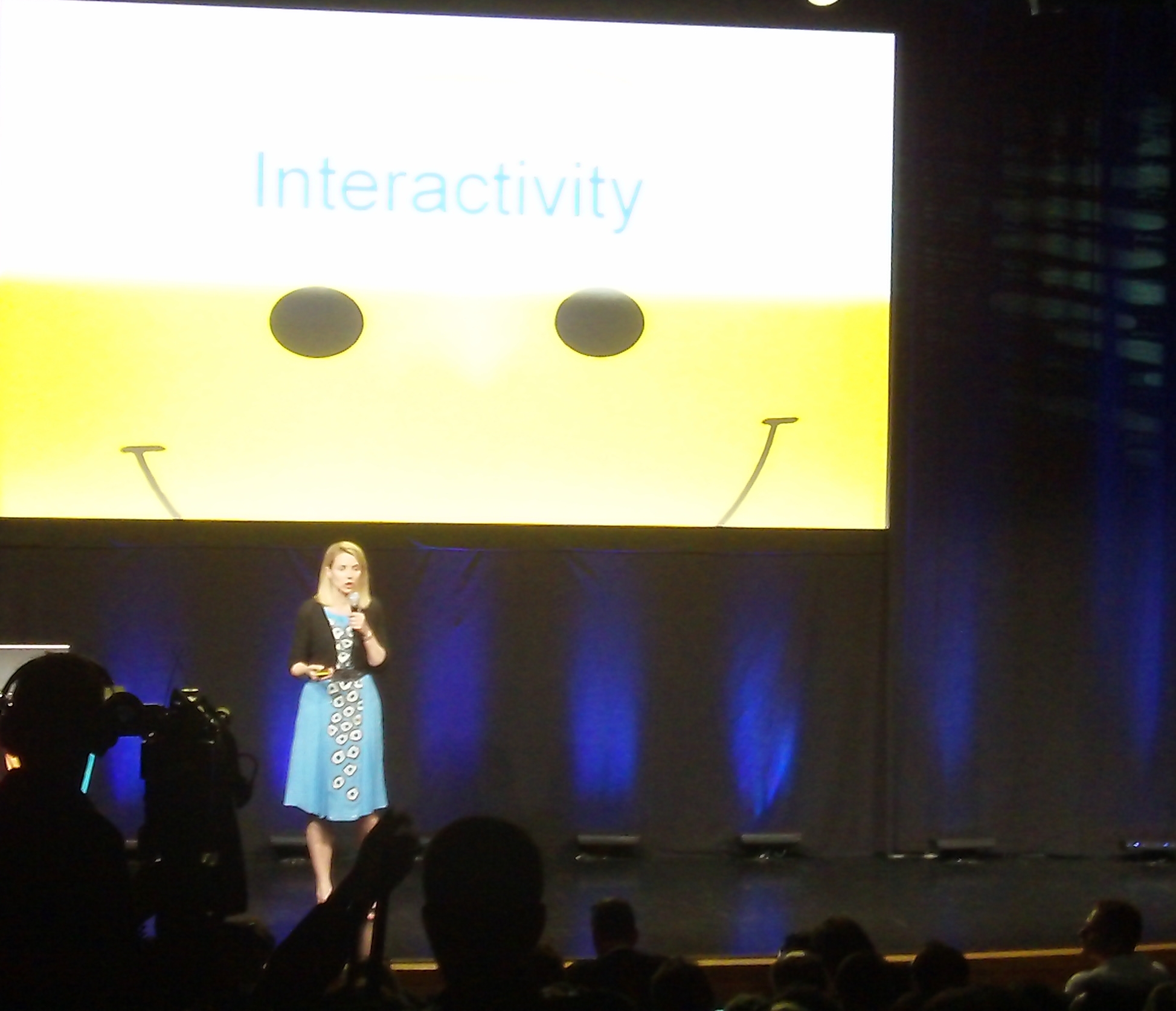 However, we asked her if there would be a way in the future to browse Google Instant while at the same time viewing real-time results – say in a sidebar. She seemed intrigued and responded, “So you want a [search] companion?” and she agreed that new search behaviors may emerge around Google Instant and real-time activity. In response to a previous question from another reporter, Mayer had said that she, “spends a lot more time on search,” since she started using Google Instant (Google has been of course testing this internally for some time), and that Google Instant, “is like power steering” for search.

Other Googlers that we spoke to also strongly hinted about more social features coming soon, although of course they were tight-lipped about any details.

So what do we see happening with this? Well, take this example that we presented to a few Googlers today, including Hansson. You wake up Saturday morning and you don’t know what to do with your day. The first thing that you want to know is what the weather is like, so you type in “w” on Google Instant and it shows you the weather for your area. Ok, now what are people saying about the weather right now on Twitter, Facebook, etc? Let’s assume that they’re saying, “great day for the beach.” So now you want to know if there are any special events going on by the ocean.

You then use Google Instant to search for “X city events this weekend” and it brings up a couple of events pages. At this point – you’re kind of at a dead end on Google Instant – you need to click to another webpage. However, if Google could make sure that we see the real-time social stream around what we’re looking for, it could keep us on the Google Instant (Google of course isn’t built this way – it’s built to get you OFF of the Google.com, but a social network doesn’t work that way). For example, if our “X city events this weekend” showed a Twitter message for a concert on a nearby beach, we could then use Google Instant to search for tickets, start times, directions – yes, endless possibilities. And we haven’t even started to analyze the mobile implications of this yet.

Google wouldn’t just have to aggregate social media sites of course – that has always been step one in its plan to be more social. It was no accident that Marissa Mayer started the day off today saying that Google now has one billion users a week using Google (as in, one billion is twice as much as 500 million Mr. Zuckerberg – though of course that’s a bit of an apples to oranges comparison, but it’s a very big number either way). Google has a host of ways to integrate Gmail, Google Voice, Chat and a number of other services right into the search page. If Google Instant really does make everything so much faster and pushes us to search more as Mayer said, then we’re going to want ways to not only bring all of our research into one place, we’re also going to want to share that experience, and that, our friends, is what social is all about.