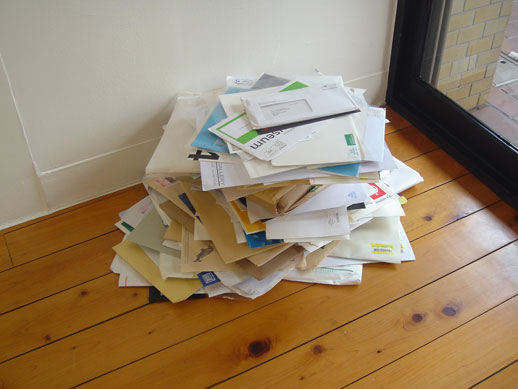 If you’re anything like the us here at TNW, you’re bogged down by email. Heck, we all are. In fact, people celebrate an empty inbox as if it were a national holiday. Given the staggering amount of Gmail users in the world, Google has had an opportunity to get really in touch with what you read, what you don’t, what’s important and what’s not.

The idea is that, as you open your Gmail, it will be tagged and sorted by importance so that you’ll be able to more easily see what needs attention and what can wait until later…sometimes much later. Best of all, if Gmail happens to make an incorrect prediction, you can manually adjust the system as easily as you would add a star or delete a message:

Message importance is decided using the same sort of algorithm that drives Gmail’s infamous spam protection. With that in mind, I absolutely can not wait to get this into my Google Apps inbox for The Next Web.

According to the Gmail Blog, we’ll start seeing Priority Inbox rolling out to users over the next few days, including Google Apps users who should see it within a week. Like all new Gmail features, you’ll see the large red text up near your Settings and Labs links at the top right of your Gmail. Once you have it, your inbox will be broken into 3 sections:

The top section holds your important messages, while the new middle section will display your starred items. Maybe they’re not immediately important, but they will be soon? Put a star on them to keep them easily in mind. The bottom section, finally, displays all of the rest of your email.

Individual messages, then, can be given higher or lower priority by selecting them then using the + or – buttons on your bar. Google also suggests setting up filters for your “must-have” email, as filters will now support an “Always mark it as important” option.

Overall, I can tell you that in the few minutes that I’ve had to use Priority Inbox, the results have been outstanding. Not that you should be surprised. If you’re a Gmail user, then spam generally isn’t something you have to deal with. Now, because of that same type of algorithm, wasting time on unwanted mail should soon be a thing of the past as well.

Read next: Think it all happens in Silicon Valley? You’re wrong! - Eventarc