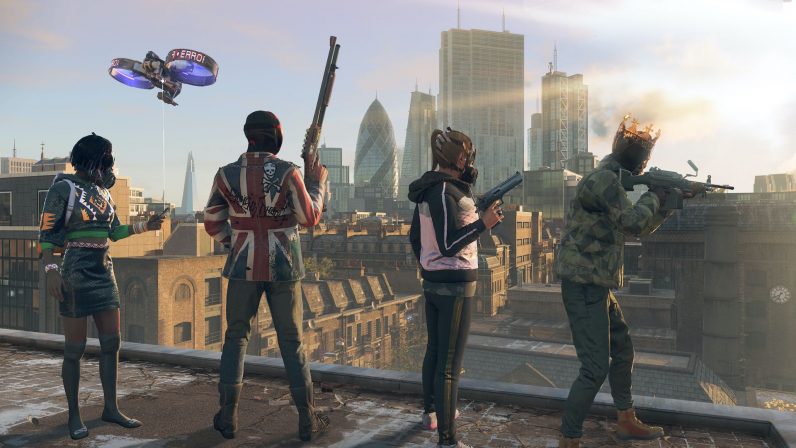 The series was first introduced back in 2012, during Ubisoft’s annual E3 press conference. The reveal trailer for the series’ first instalment blew the gaming audience away. Graphically the first trailer was miles ahead of its competition, and the gameplay looked equally futuristic.

We saw the first game’s protagonist, Aiden Pearce, make his way through a futuristic version of Chicago, hacking everything from billboards, to bridges, to traffic lights, to every single pedestrian walking down the streets. It promised a fresh new take on the then already stale open world genre.

As the first Watch Dogs came closer to release, the promises were scaled back. The graphics of the final product didn’t look nearly as good, and the actual gameplay wasn’t there either. It was widely regarded as one of the most disappointing games of its generation, not because it was bad per se, but because Ubisoft promised something vastly more revolutionary than the final product.

The lacklustre critical reception didn’t stop Ubisoft from giving it another go. The French publisher released Watch Dogs 2 in 2016, two years after the release of the first game.

The expectations for the Watch Dogs sequel weren’t as high. The audience learned its lesson after the first one, and Ubisoft was way better at managing expectations. Instead of releasing overly ambitious trailers, the publisher was honest about the game’s scope and the end result was a more-than-decent open world game that I liked a hell of a lot more than the first Watch Dogs.

Now, four years after the release of Watch Dogs 2, we’re in a weird spot. We’re on the cusp of the new generation of consoles, and Ubisoft is bridging the gap by releasing Watch Dogs: Legion for both the old and the new systems. The setting moved from the previous game’s San Francisco locale to a rainy, grimey London, and the game’s main selling point is that it allows you to recruit (and play as) any character in the world.

It’s an ambitious promise, especially if you consider that each pedestrian has its own unique voice, skills, and personality. According to Ubisoft, the game has over nine million different characters, and after playing Watch Dogs: Legion extensively I have to admit that I believe them.

Now, procedurally generating nine million unique playable characters is a technically impressive feat, but they can’t all be interesting. I mean, they probably can some day, but right now our artificial intelligence technology isn’t at the point where it can compete with a talented writer. The characters are all believable, but they lack the backstory and depth of personality that only humans can write. And since all nine million unique characters get integrated into the story, it leads to some subpar voice-acting and cutscenes.

Nine million playable characters aside, Watch Dogs: Legion is a pretty straightforward sequel. It features the same freeform open world gameplay as the first two iterations, with a bunch of new toys added in the mix.

The bulk of Watch Dogs: Legion is still spent sneakily infiltrating buildings, using gadgets like remote controlled spider drones and augmented reality cloaks to keep a low profile. This was fun in the first two games, and is still fun the third time around.

Watch Dogs: Legion isn’t going to set the world on fire. It’s a perfectly enjoyable open world game, with a neat gimmick that’s more impressive from an academic level than from a practical one. I didn’t enjoy it as much as the series’ second instalment, but I still had a good timing hacking and sneaking my way around London. Give it a shot if you enjoyed the previous Watch Dogs games, but maybe wait until it’s on sale if you can.

Read next: These are the world’s most ‘walkable’ cities