When Ubisoft revealed the first trailer for Watch Dogs 1 back in the summer of 2012, it caught the world by storm. You probably saw it, even if you weren’t following games closely at the time.

It was an ambitious and impressive first glance at a game that would combine the well-known trappings of open world games like the Grand Theft Auto-series, with a Black Mirror-esque world where everything is connected to the internet and anything can be hacked.

The ten minute long video showed the protagonist, Aiden Pearce, using his phone to hack security cameras, traffic lights, billboards and the like – a sort of super power in a story that could’ve been ripped straight from the headlines of tech sites like ours.

When Watch Dogs 1 finally came out – two years and a couple of delays later – it quickly became apparent that Ubisoft’s vision for their new GTA-killer was overly ambitious.

The result was a mediocre game, both in terms of gameplay and visuals; far removed from the promise made with the first trailers. It wasn’t offensively bad, but it was boring and bland and lacked variety in the gameplay department.

It was a commercial success though, so a sequel was inevitable. 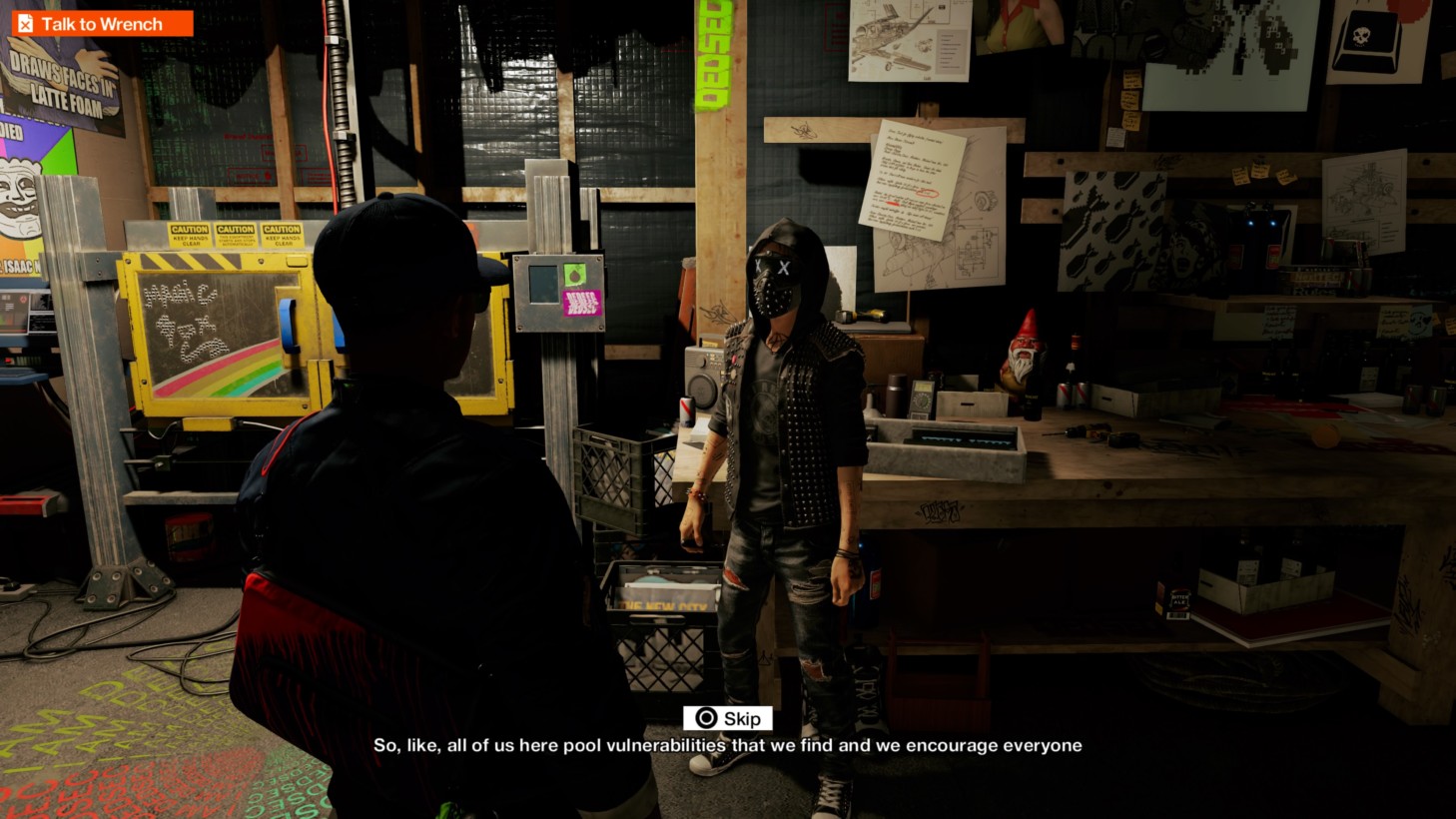 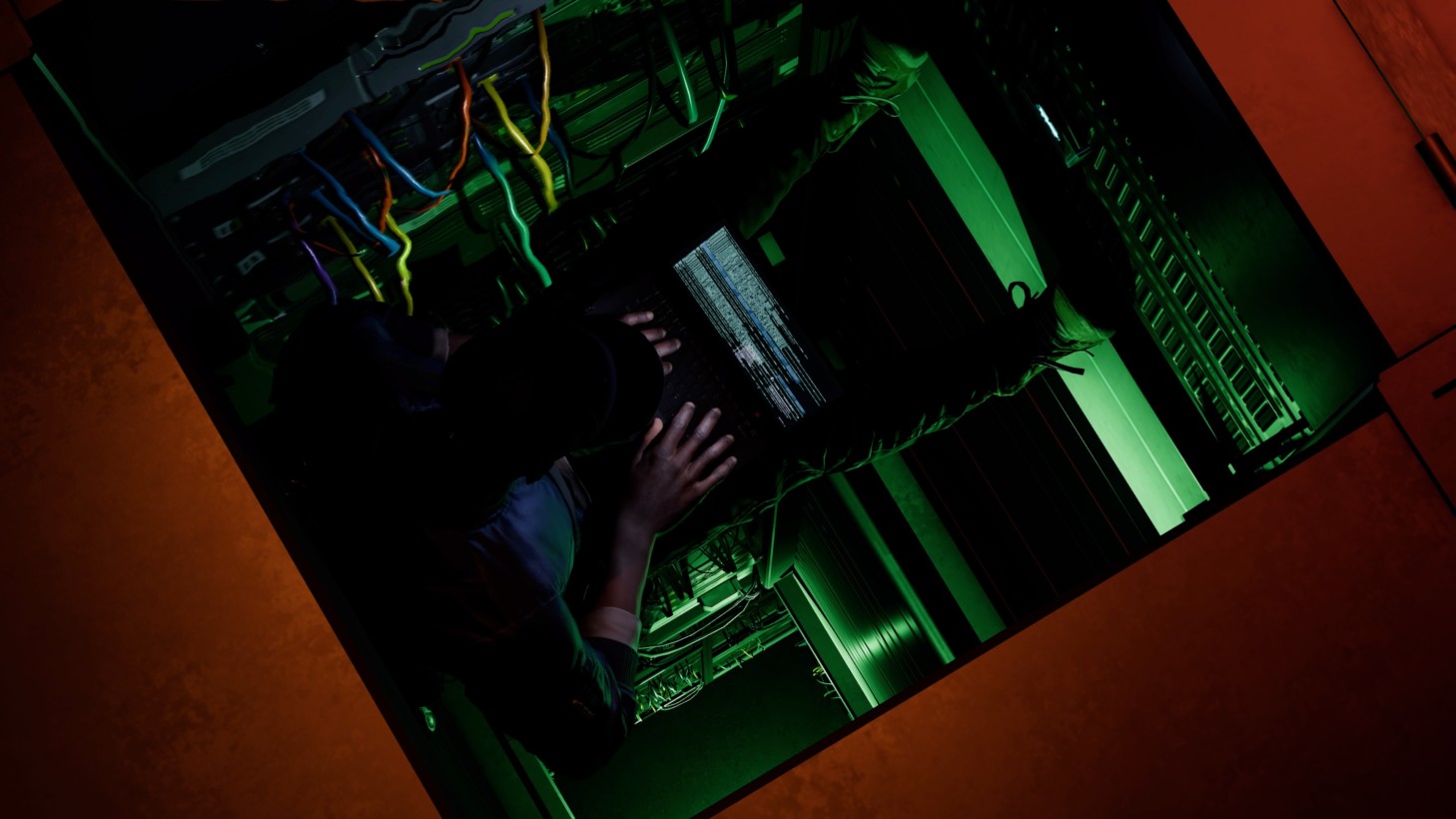 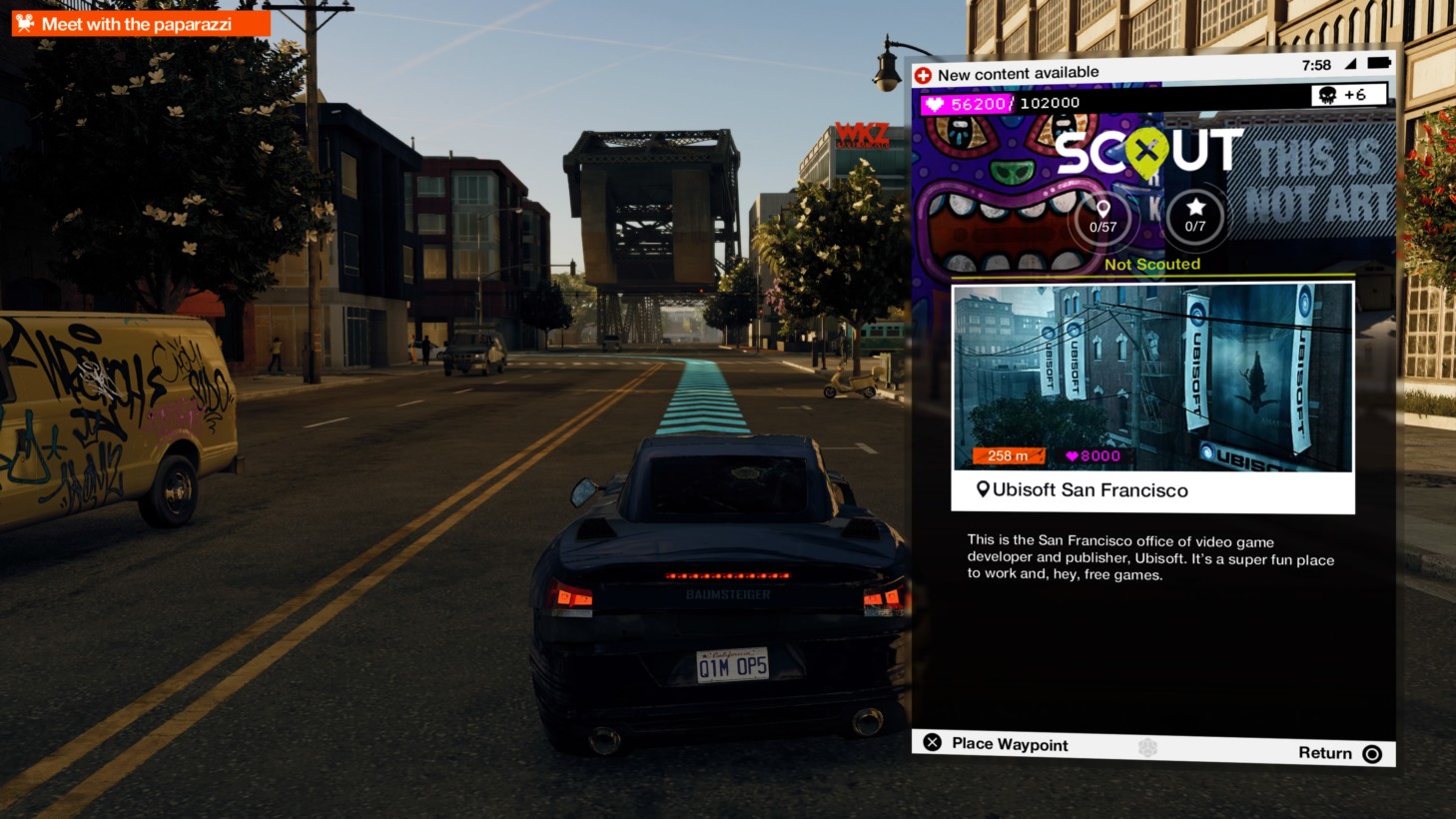 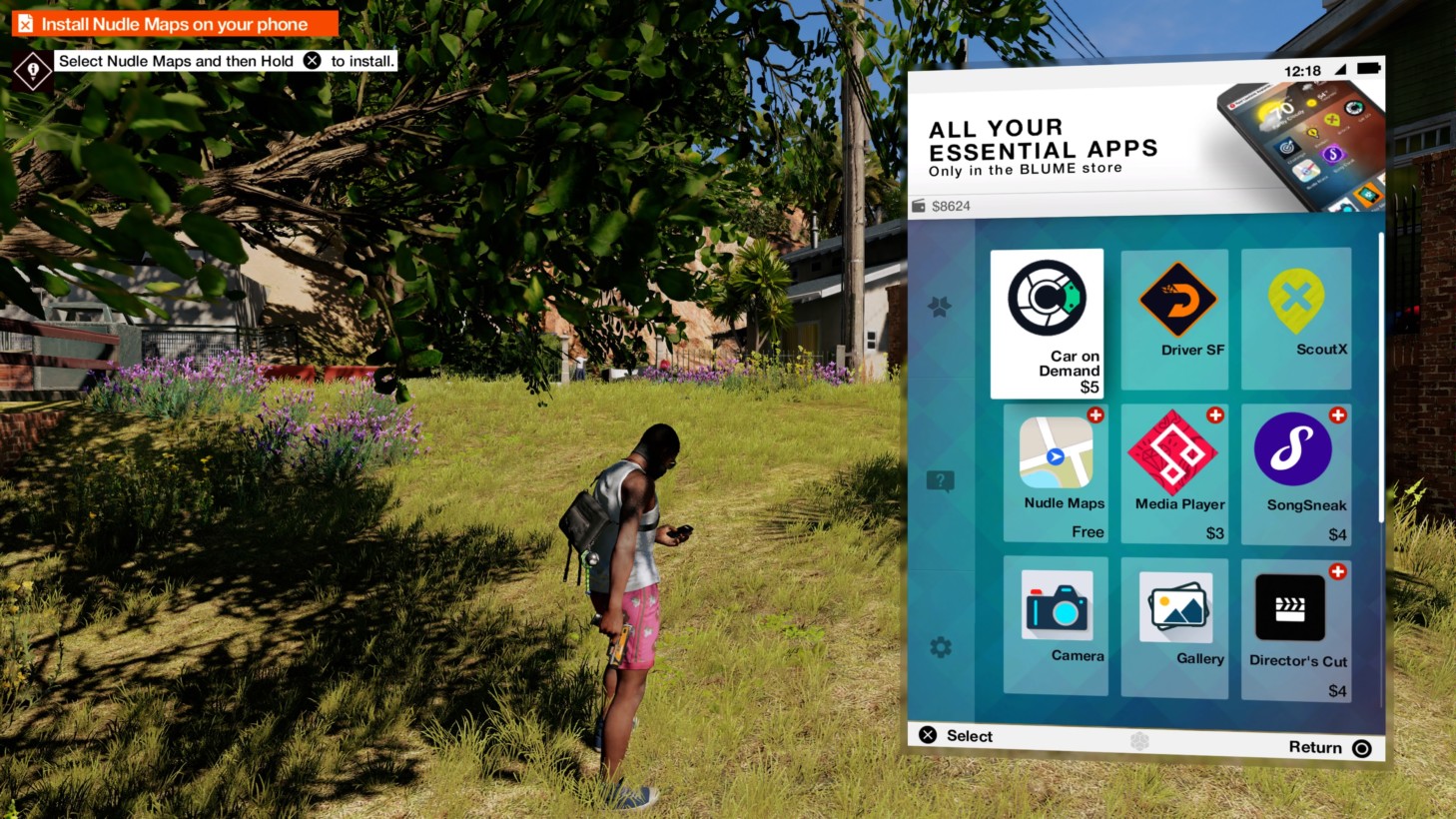 Fast forward to 2016, Watch Dogs 2 is out and is a better game than its predecessor in every single aspect. It’s no GTA V by any stretch, but it has a charm that everyone who’s ever given a fuck about internet culture will appreciate.

The game assumes you’re familiar with stuff like IRC, 0-day exploits, etcetera, and never goes a minute without referring to something you’d read in a TNW article.

Watch Dogs 2 is written for people like you and me and that’s a refreshing change of pace from most other games that treat internet culture like it’s some obscure thing for basement-dwelling nerds.

While the first game attempted to comment on our hyper-connected society and the risks that come with that, it never landed the mark. It tried too hard, it was poorly written, and the whole thing came off as clumsy.

Ubisoft clearly learned from its mistakes and went for a more lighthearted comedic vibe in this sequel. Watch Dogs 2 is filled to the brim with references that everyone who’s ever visited Reddit would love, while still tackling serious stuff like the vulnerabilities of smart homes and the dangers of big data.

You take on the role of Marcus Holloway, a young hacker from San Francisco’s Bay Area. The game starts off with Marcus’ initiation into DedSec, a hacktivist group that aims to take down the city’s ctOS (central Operating System), a piece of software that controls all aspects of the urban environment. By completing missions you convince followers (the game’s equivalent of experience points) to install your DedSec botnet app, in order to DDoS the ctOS.

It’s not much more than a framing device though, as Watch Dogs 2’s core gameplay exists mostly of standard open world fare we’ve come to expect from the genre.

Most missions follow the standard GTA-formula: Go to point A, talk to a dude, drive to point B, sneak your way into a building, hack a computer and drive back. Rinse, repeat.

The game has enough distractions and fun toys to dick around with to save it from monotony, something that was severely lacking in its predecessor.

The city of San Francisco feels way more lively than the Chicago we saw in the first game and new features like the ability to pet dogs and interact with pedestrians are pretty minor in the grand scheme of things, but give Watch Dogs 2 a sort of charm that games like these need to stand out in the overcrowded open world genre. 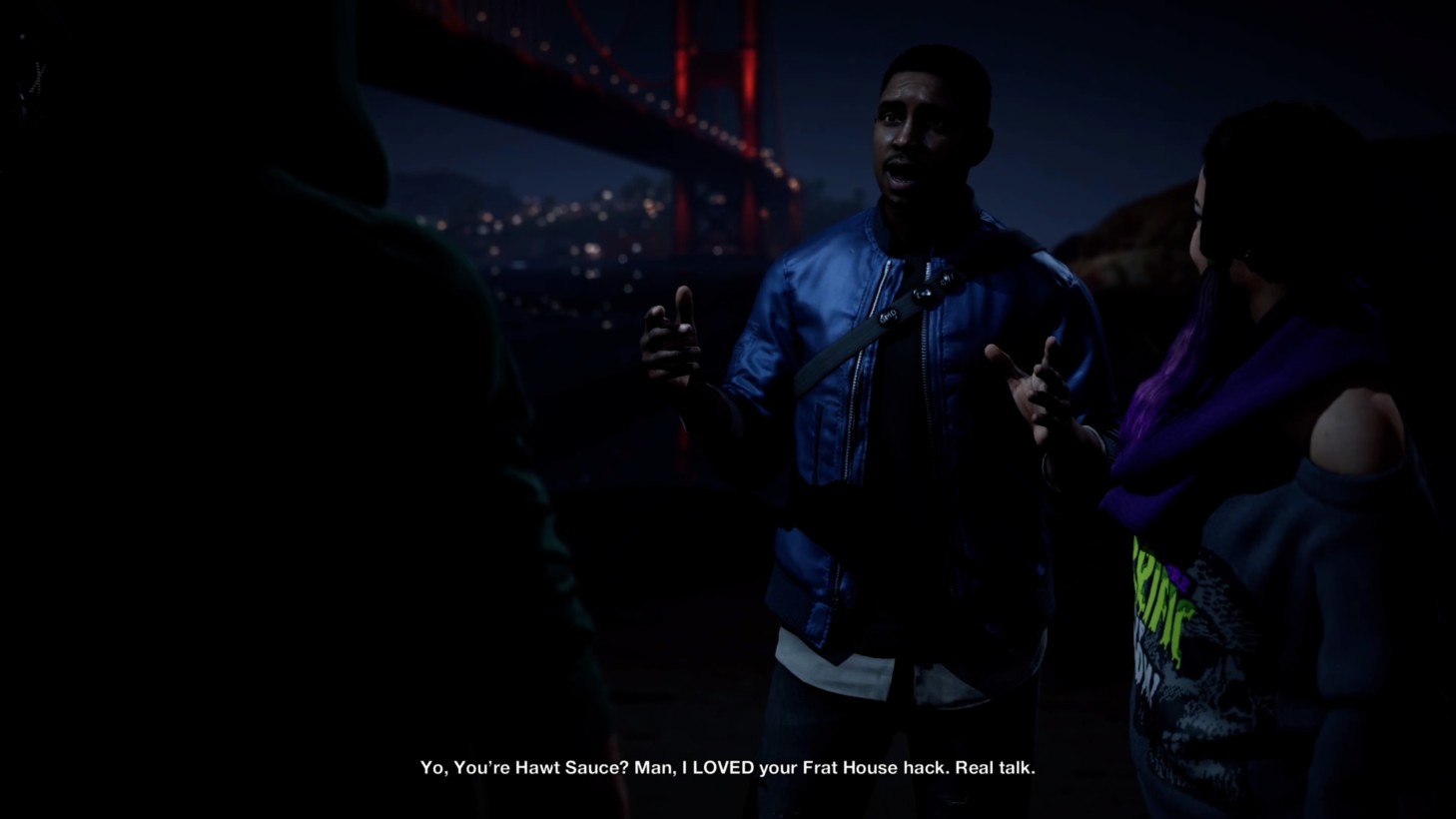 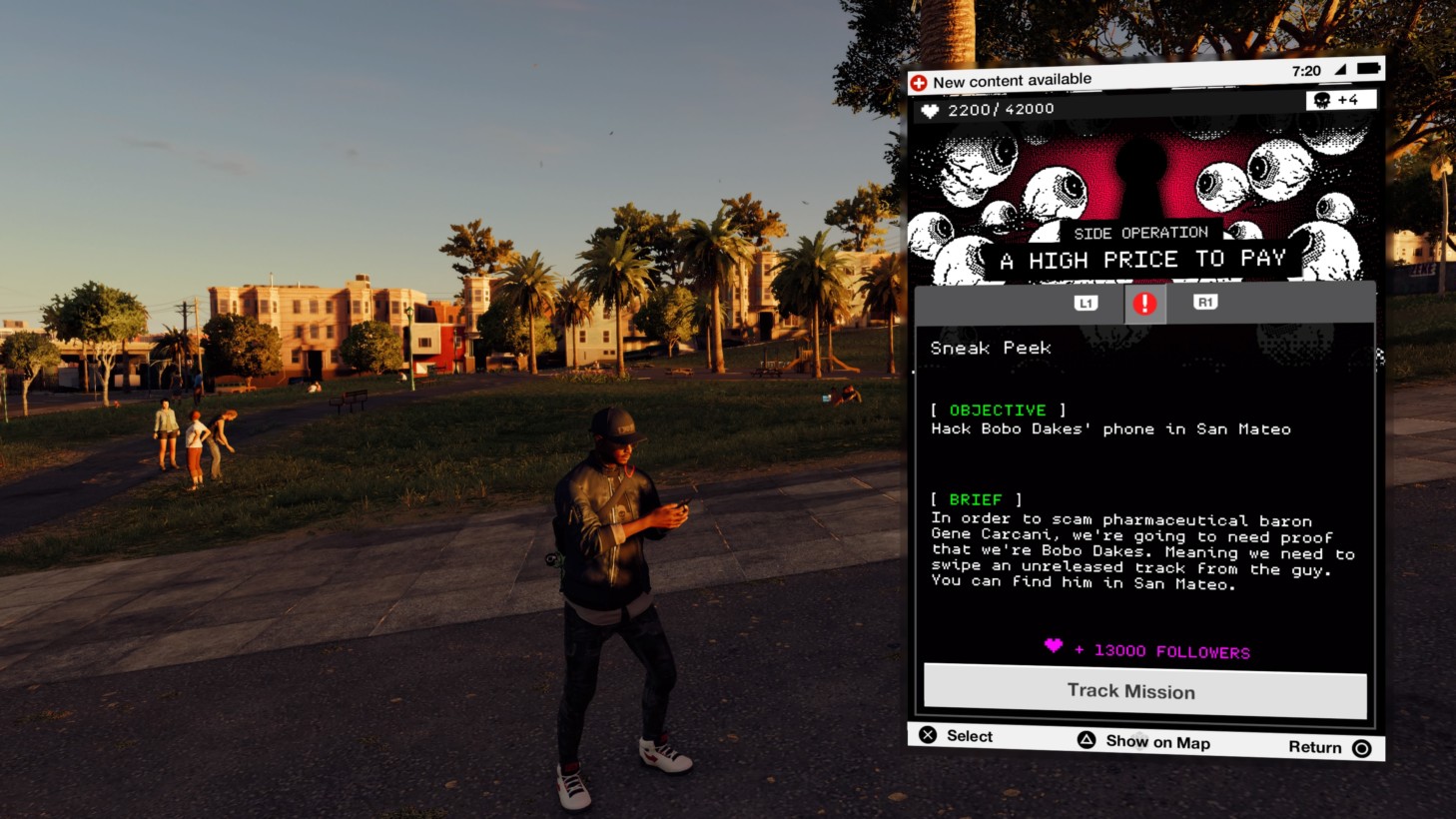 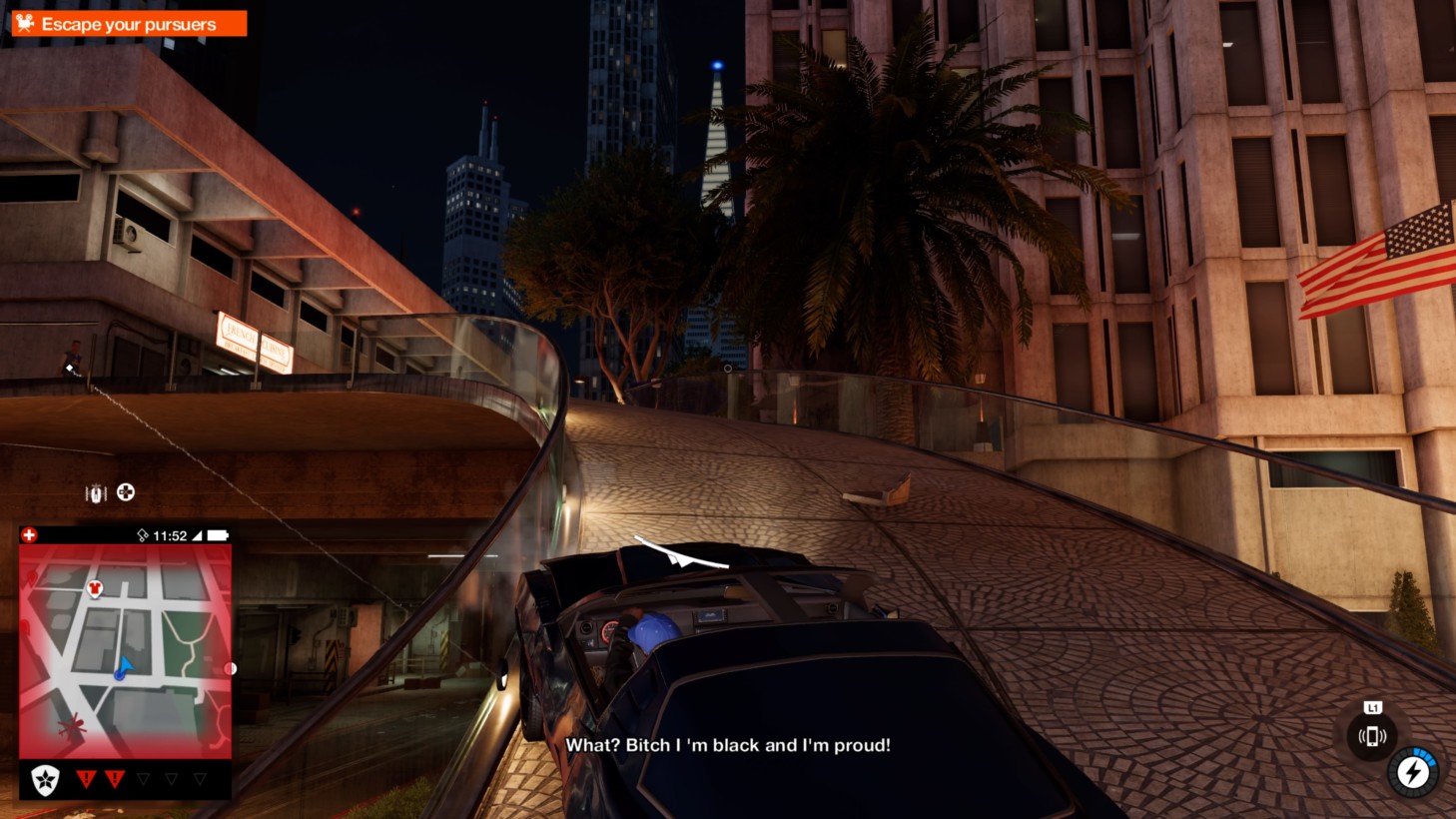 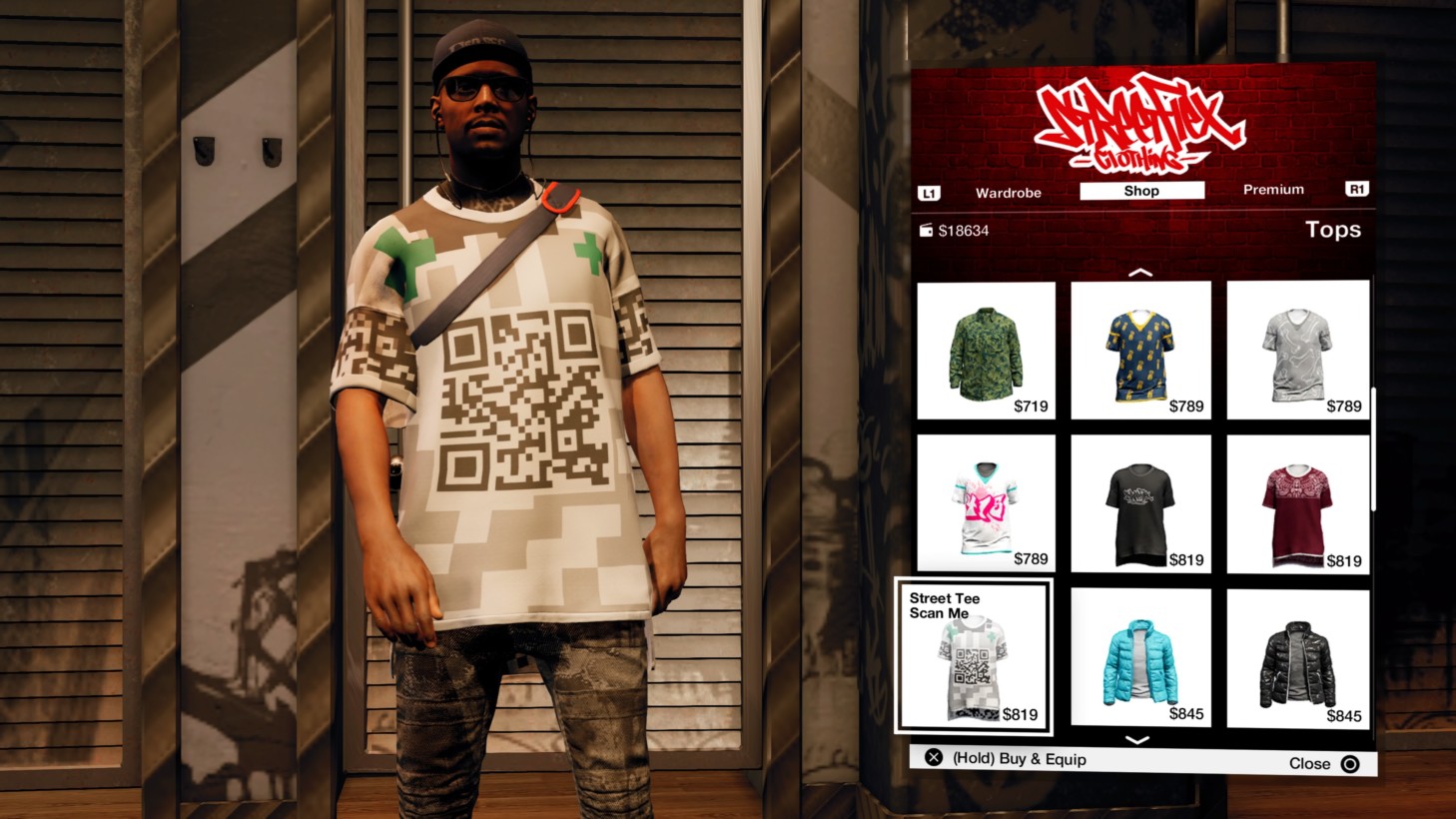 Ubisoft clearly took the tepid response to the first Watch Dogs to heart and used the feedback it to make a sequel that’s an easy recommend to anyone looking for a laid-back open world game that’s written like a modern version of the 80s classic Hackers. Watch Dogs 2 isn’t as ambitious as its predecessor, and that’s exactly why it works.

It’s cool to see that Ubisoft is finally tackling issues of race, gentrification and diversity, acknowledging the fact that the protagonist is a person of color in a heavily gentrified environment that could do way more to make minorities feel welcome.

There’s a mission that takes you to the game’s equivalent of Google where it addresses the fact that the tech industry isn’t as diverse as can be, there’s a trans person in the game that isn’t treated as some sort of freak, and so forth. A welcomed change, especially from a company that usually makes games starring white dudes and once refused to include a female protagonist because women were “hard to animate“.

Watch Dogs 2 doesn’t set the world on fire but it knows that and that’s fine. The game doesn’t take itself too seriously and you’ll probably have a great time if you keep that in mind.

If you’re looking for a decent GTA clone written for millennials who grew up on the internet, then this is your jam.

P.S. The game’s online multiplayer is broken at the time of writing. Ubisoft’s working on a fix.