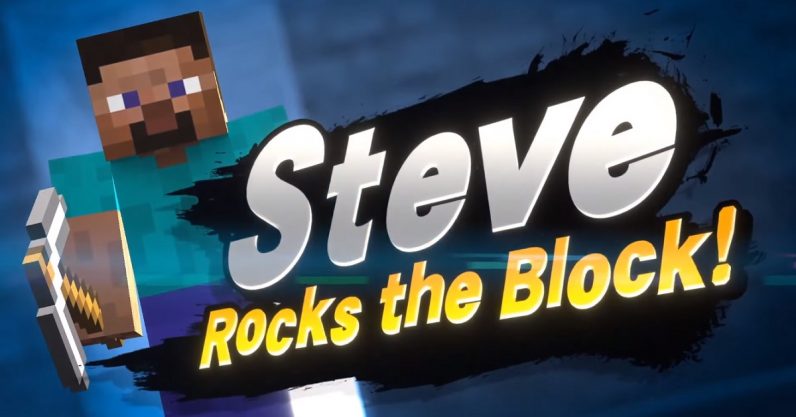 Steve and Alex from @Minecraft are joining the #SmashBrosUltimate roster! Get ready to mine and craft your victories on the battlefield! pic.twitter.com/CtBNfENjEE

Yes, apparently Steve from Minecraft will be part of the latest Smash Bros DLC, called Fighter Pass Vol. 2, following the addition of Min-Min from ARMS. Their inclusion comes with a new Minecraft stage, along with echo fighters like Alex, Zombie and Enderman. The reactions I saw on Twitter were utter bemusement at the news.

Even director Masahiro Sakurai seemed to anticipate the obvious response, saying, “What exactly did we just watch?” In fact, his explanation appeared to be about 75% exasperation that he was asked to make a character from Minecraft work in Smash Bros. Joking or not, he seemed to be adding the character largely on sufferance, and… wow, that’s a mood. He also said they’d have to rework their stages to accommodate Steve’s fighting style, which involves — you guessed it — blocks. But they managed it.

Speaking of fighting style, we’ll get more details on that later, but it appears Steve will be able to build obstacles on the stage, and his pickaxe will be his primary weapon. Beyond that, it’s all supposition, but it looks as though Steve and Alex will be able to use TNT, mine carts, and wings to square up against the other fighters.

As is usual for such reveals, the names of the characters who didn’t make the cut (yet) are being shouted just as loudly, if not more so, than the name of the character who did. In this case, it’s the likes of Sora from Kingdom Hearts, Halo‘s Master Chief, Tracer from Overwatch, Crash Bandicoot, and Dante from Devil May Cry. To which I just say… relax, and give it time. From the looks of it, none of gaming’s characters are off the table, so it might only be a matter of time before we have all of those characters in the game.

Sakurai will show off more footage of the character over the weekend.

Read next: Google Maps adds new AR tools to help you get around town