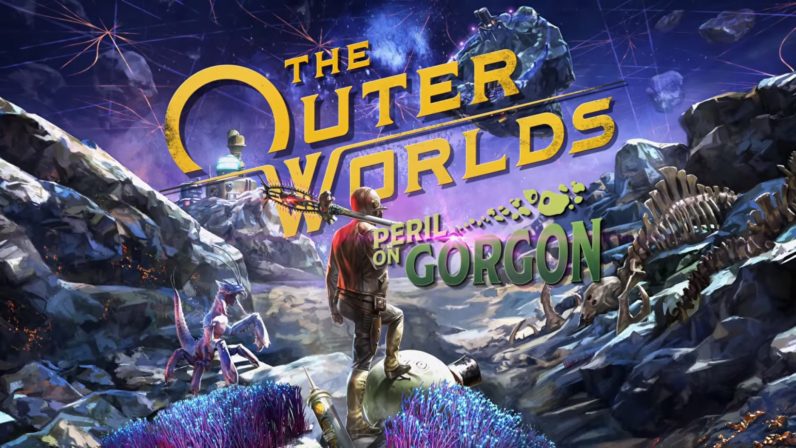 I spent all of 2019 looking forward to Obsidian‘s triumphant return to the world of western RPGs with The Outer Worlds and when it finally released, my excitement was vindicated. Eleven months later I’m reminded why the game earned my personal ‘best of 2019’ moniker thanks to the recently-released Peril on Gorgon DLC expansion.

And worry not: there’ll be zero spoilers in this review.

First and foremost, you’re not getting an all-new gameplay experience or an extension of the main campaign here (though it does increase the level cap by three). Nor is this a side tale set in a different time where you get to play with exotic team-mates. Peril on Gorgon is more like a really solid module for the Dungeons and Dragons tabletop game than it is a typical video game DLC.

In other words: it’s more of the same. The DLC includes a mid-game story line that comes off like a soft core noire mystery. It includes a sweeping main quest and several side quests. This isn’t just an official mod that adds a new story. It’s a full-fledged production complete with new voice acting in both the cut-scenes and ambient conversations and main-game quality graphics and effects throughout the entire 6-10 hour story line.

Without giving anything away, it’s brilliant. From start to finish the story is the shining star of the whole package and it’s done so well that you can forgive it for being a mystery that tips its hand at every corner by making sure there’s enough lore packed in to merit the 11-month wait.

But Peril on Gorgon is curiously implemented. It feels like a standalone game – nothing you do is going to ultimately sway the fate of your main quest – but you can’t start it once you’ve finished the main quest. However you can’t start it at the beginning of the main game either. You have to complete a main story line quest called “Radio Free Monarch” in order to start the DLC, which means you’ll be around level 22 with about 10 hours in. If you’ve finished the main quest already, you’ll have to use an earlier save file or start a new character.

But that’s not a bad thing. The return to The Outer Worlds is a magical experience. If you haven’t played since launch last year, this is a great reason to dive back in.

I haven’t spoken much about the story because, well, it’s best received if you’ve managed to avoid spoilers. This isn’t a tale as old as time that will move you to your core, it’s a cleverly-scripted teleplay that works best when you’re hearing it for the first time. It relies on a nice combination of over-the-top ideas and classic Obsidian humor.

And that humor is a huge part of the draw. If you laughed your way through the main quest, as I did, you’ll absolutely love this DLC. It’s not a comedy, but it’s peppered with the same kind of Douglas Adams-esque good natured fun the main story is. The writing is excellent.

But the general gist of Peril on Gorgon’s story pays serious homage to an episode of Firefly involving the captain of a space ship becoming embroiled in mystery after receiving a package. I’ll say no more.

The premise is intriguing and the new setting, an asteroid called Gorgon, is as compelling as any world you’ll traipse across in the main game. There aren’t many new enemies to speak of, but marauders are tweaked thanks to their localized affinity for speed-enhancing drugs which makes combat a bit more interesting in the early goings.

You’ll come across new weapons including some fun science weapons and a veritable treasure trove of bits (in-game cash) and items you can sell. Best of all, there’s a lot of experience to be gained. Playing through the entire DLC should take you from the early 20s level-wise all the way to the cap at level 33 or pretty close to it.

The voice-acting remains at a cream of the crop level as it was in the main game and the attention to detail from the art department also equals the original work. This isn’t a slapped-together story, it’s a worthy add on.

The bottom line is: if you enjoyed the main quest you’re almost sure to welcome this addition. But if you’re hoping for a different experience or didn’t like the original’s general tone, you’re better off spending your money elsewhere.

Peril on Gorgon is what a DLC for a game like The Outer Worlds should be. This is Obsidian at its level-best: telling a fantastic story without reinventing the game its being played in.