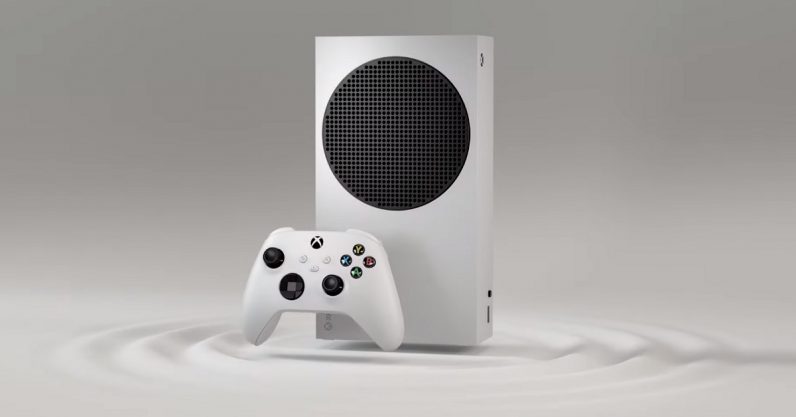 It’s officially official: Microsoft just dropped a trailer with the details on the Xbox Series S. It confirms almost all the leaked information on the console, and one detail stands out: the console will release on November 10.

The trailer is virtually the same as the one leaked earlier, with the difference that “November 2020” has been swapped out for “November 10.” After the Series S has been little more than a rumor for so long, it’s almost exhilarating to get so much information about it in such a short span of time. The little tumble dryer to the Series X’s monolithic refrigerator, the Series S trades a smaller SSD and lack of disc drive for a massive reduction in price.

It’s hilarious to me that, for all the subterfuge and shady denials from Xbox execs every which-a-way prior to the official reveal, we’ve essentially confirmed the information leaked back in 2018 — also by Brad Sams of Thurrott, who has delivered so much info about this I feel the need to send him a Christmas card — about the two next-gen Xboxes. Sams described the next-gen vision of two consoles, then codenamed “Anaconda” (the Series X) and “Lockhart” (the Series S) thus: “Think of Lockhart as the successor to the Xbox One S, whereas Anaconda is the successor to the Xbox One X.”

Whether the release date is the same for the Series X is another matter entirely, as Microsoft is still refusing to give the details on its flagship console. It begs the question of whether or not Microsoft would even have revealed the information on the Series S when it did without the leak. I’d argue no, but I’m not going to look a gift horse in the mouth. I’ll just repeat what I said about “Lockhart” back when it was just a rumor: it makes total sense to have a cheaper version of the console, as Nintendo made some serious change with the Switch Lite. This could also be an attempt to avoid the past problem of having the most expensive console on the market, which hamstrung the Xbox One right out of the gate. We’ll have to see how the Series S compares, in price and power, to the PS5 digital edition.

Ball’s in your court now, Sony.

Read next: A COVID-19 newsletter without any doom or gloom