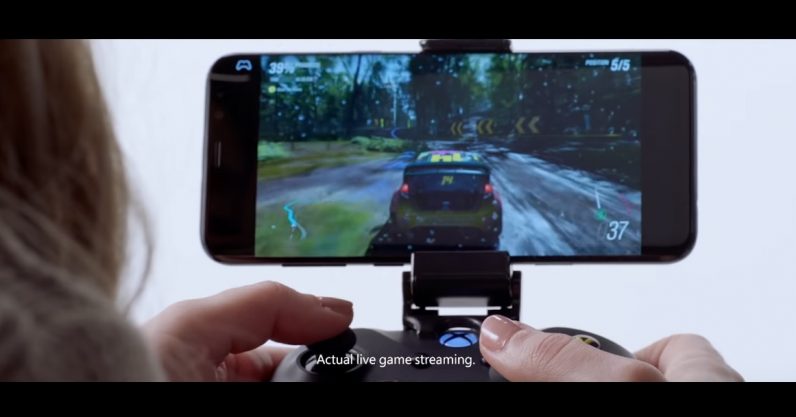 Excited to announce that @XboxGamePass and Project xCloud are coming together at no additional cost starting in September.

Play games like @Halo Infinite when it launches this holiday, whenever and wherever you are. Learn more: https://t.co/sObYSHidLb pic.twitter.com/VwpIpHz3ed

In case you’ve forgotten, Project xCloud is a streaming service that, much like Google’s Stadia or Nvidia’s GeForce Now, will allow you to stream games to various devices. Microsoft originally revealed xCloud in 2018, and made it available for certain users in beta form last year. Given the recent focus on the company’s upcoming console, news about xCloud has been a bit scarce.

Microsoft specified that xCloud (or whatever its final name is) will be bundled with Game Pass Ultimate for no extra cost. That means that, for $15 a month, subscribers will have access to a massive library of games and be able to stream them to their mobile devices. It’s actually a pretty sweet deal, though there’s one big caveat: we don’t yet know which mobile devices will support xCloud. Spencer told The Verge that, until they can get “discussions” concluded, they’re just using the general term “mobile.”

As the console wars heat up, I expect to see the manufacturers pull out all the stops to one-up each other. One of the things Microsoft has — or I should say, could have, as xCloud is not yet widely distributed — over Sony is a robust cloud gaming solution. While skeptics (myself included) might not use subscription-based cloud gaming services, the ability to play games on devices other than a stationary console does add value to the console itself.

Spencer also added that the company wants to give Series X as much backwards compatibility as possible. They plan to make “all Xbox One games that do not require Kinect” playable on the XSX at launch. Again, another instance of the company doing everything it can to promote features its console has that the rival PlayStation 5 (which may not even be able to play all PS4 games) will not have.

Read next: The giant Twitter hack is being investigated by the FBI