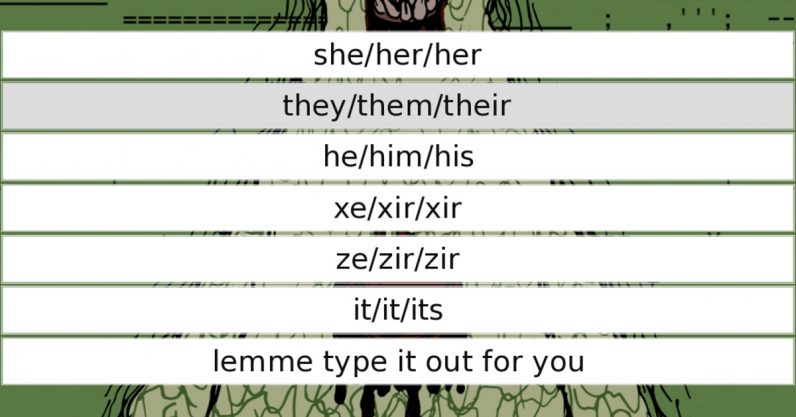 Visual novels occupy an unusual space in the gaming industry — not quite like the conventional idea of a “game” but still part of the broad category of interactive media. Besides gameplay, they differ from the rest of the industry in the topics they cover.

Visual novels tell stories about characters, as that’s more or less all the medium will allow. They are the province of friendship and romance, especially those mainstream games don’t usually tackle. Just to give an example, during Steam’s Pride month sale, you may have noticed that several of the games offered during that sale — which focused on LGBTQ-friendly games — were visual novels.

If you’re looking for developed, interesting LGBTQ relationships in mainstream games, you might come away a bit empty-handed. That’s not to say they don’t exist: several game developers (some of them not even named Bioware) are starting to catch on to the fact that love doesn’t always look like a male and female of breeding age.

But for every single gay or queer romance in a mainstream game, you’ll likely find ten or more in the world of visual novels. Why is this the genre where you’re more likely to find diverse relationships?

First, visual novels are not as complicated to make as a mainstream title. Fully three-dimensional games with complex engines and mechanics take years and hundreds of people to make. Visual novels, on the other hand, can frequently be the work of a single visionary. Unlike many other games, the engine required to make the game is relatively cheap. In fact, Ren’py, the most popular of these engines, is free. It’s also very user-friendly – you do not need a background in game development or coding to learn how to use it.

A few years ago, developer Adam Koebel asked Twitter whether anyone could make a queer-inclusive game that was not a visual novel. Many of the responses mentioned that visual novels are just easier to make, hence why they proliferate among those whose primary interest is in characters over gameplay.

The ability to make these games oneself bypasses the problem of expenses. Games are expensive to make, and it can be difficult to find a source of funding for LGBTQ-centric projects. Ryan Rose Aceae, the creator of Genderwrecked, said in an interview with Chase Carter: “As much as I think VNs are wonderful, there are so many other kinds of games. It’s fair to want more and be able to experience queerness in other kinds of play. So I think that frustration is not so much ‘Fuck VNs’ but more ‘fuck the fact that nobody is giving us the resources to make anything but VNs.’”

There are signs this is changing — for example, adult gaming platform Nutaku last year announced a plan to invest $5 million in LGBTQ games. But for the average single developer, visual novels can often be the most cost-effective option. Brianna Lei, developer of the adorable visual novel Butterfly Soup, told Rock, Paper, Shotgun: “There’s been a surge of LBGT characters in AAA games recently like Ellie from The Last Of Us, Tracer and Soldier 76 from Overwatch, and so on, so I think as time goes on studios slowly become more and more daring with how deeply their games will investigate their identities.”

But with the current dearth of other options, and visual novels being relatively easy and inexpensive to make, it’s not a surprise it can be the first genre of choice.

A library of visual novels tends to include varied concepts that you’re not likely to see elsewhere. Whether you’re interacting with supernatural creatures, high school students, or single fathers, visual novels have some of the most diverse and interesting casts of any game genre available. And the ability to both see and create such characters is another source of its appeal.

When asked why they turned to visual novels to tell the stories they enjoyed, many developers said the medium was where they first saw queer representation in media. Often these games have characters that defy traditional views of gender, sexuality, or even body type.

Aenne Schumann, narrative designer for the visual novel Arcade Spirits, told TNW why seeing themself in a game was so important:

So often in the video games industry we see the same gender, the same body type, the same story. Growing up as a woman playing games, I never quite felt like I saw characters who represented me. As a person who’s come out as non-binary it’s even harder to see that representation in gaming. It wasn’t until I was playing Horizon Zero Dawn, that I truly felt like I could see myself in Aloy. And that feeling, that elation, was so precious to me as a gamer and a developer, that I wanted to be able to do that for other people. It’s so important for everyone to feel seen and heard in games. And I wanted to be a part of that.

Traditional games development has a problem with being sort of an old boys club, somewhat lacking in diversity of characters, if not of staff. The New York Times reported late last year that three out of four people who make games identify as male and white. That likely plays a role in why it’s taken such a long time for diversity to be a “thing” in modern games.

Stefan Gagne, who also worked on Arcade Spirits alongside Schumann, said the need for different perspectives was important to them: “Gaming is not unique to any one group, it belongs to all of us. Diversity was critically important to us, that we cast a wide net and let you see the world through their eyes. Similarly, we wanted the player character to be whoever you want it to be… choose your own pronoun, name yourself, customize your look, and then romance anyone you want to romance (or even no one at all).”

Finally, while it may seem a little obvious, visual novels are primarily a medium driven by characters and interaction, which means they have to have strong stories.

While many AAA games make deep character studies, it’s not required in order to make such a game. You can get through the average Call of Duty game, for example, knowing little to nothing about your character’s personal life or deep thoughts — and that’s perfectly fine. There are different genres and mediums for a reason.

Read: Damn near everyone is queer in the Borderlands franchise and I’m here for it

But it often means it’s difficult to find room for stories examining character and relationships and nothing else. Visual novels are the same combination of depth and simplicity as one-man theater, or single-act plays. They’re able to focus on these personal aspects of life, without having to wrap it in a gameplay mechanic that appeals to a wider audience.

I’m reminded of a very old controversy (“very old” here meaning 2012 or so) when then-Bioware writer Jennifer Hepler was relentlessly harassed because she said in an old interview that she would like there to be a way to skip, or at least skim over, the gameplay bits in order to get to the story parts she actually enjoyed. Gamers’ reactions were about what you’d expect — they weren’t happy that a game maker admitted to not being interested in gameplay first and foremost. But the kind of experience that Hepler is describing, with no gameplay and a focus on story and characters, almost perfectly describes visual novels.

Visual novels almost require emotional involvement with characters by virtue of what they are. As Dovah, lead developer at Argent Games, which makes games like the vampire-themed Red Embrace, puts it “In my eyes, the most appealing part of visual novels as a storytelling platform is their capacity for emotionally involving the player… While some other mechanics-focused genres (like RPGs) can also involve the player this way, visual novels tend to be completely focused on narrative immersion, which makes them perfect for telling stories that seek a deep emotional connection from the player in order to deliver their impact.”

Visual novels remain something of a gaming curiosity, a topic of niche interests. That said, Steam and Itch.io carry large amounts of LGBT-friendly visual novels, and the libraries are growing every day. As long as someone wants to tell a story involving characters we don’t usually see in games, visual novels will stick around. Gagne said it best: “Being driven entirely by story and character, with a traditional emphasis on romance, visual novels make a great canvas to paint your own life experiences… Anything is possible.”

Read next: Here's our best look at the OnePlus Nord yet