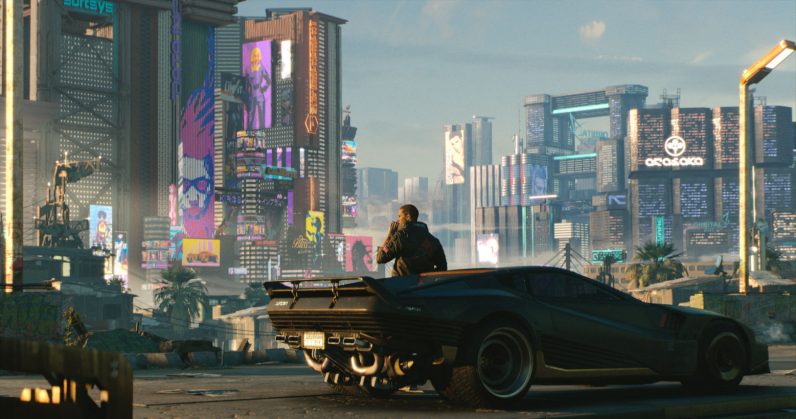 CD Projekt Red today revealed that it’s delaying its big tentpole game, Cyberpunk 2o77, from September 17 to November 19. This is the second time it’s been delayed, as it was originally supposed to have been released by now. The company assures us the game will be ready when it’s ready, though it also maintains the game is essentially complete.

The statement, posted to Twitter, says the game is essentially complete, but CDPR is delaying its release to “properly go through everything, balance game mechanics and fix a lot of bugs.” It adds that the size of the game world means “a huge number of things to iron out and we will spend the additional time doing exactly that.”

Now, that sounds good, but I don’t know, y’all. Take this from someone who was initially optimistic about the first delay — I don’t have a good feeling about this.

Back when the original delay was announced in January, CDPR CEO Adam Kicinski said in a call to investors that the game was “complete and playable” but needed “more time to finish playtesting, fixing and polishing.” Sound familiar? As the truism goes, I would rather play a finished game than get a rush job, blah blah blah. But… Cyberpunk 2077 has already been in development for at least eight years. At a certain point the response shifts from “Take as long as you need,” to “How much longer do you need?”

Read: PlayStation 5 vs Xbox Series X: How do they compare?

I wouldn’t ordinarily be this cynical (shut up, no I wouldn’t), but I would like to remind everyone that we’ve seen neither hide nor hair of the game since last August. No gameplay, no demos, no nothing. It’s got me thinking: has anyone checked on CDPR? Are they okay? It’s one thing to delay a game because it’s buggy. It’s another to go completely dark and delay the game twice without showing anything of it. Cyberpunk 2077 is currently living and dying based on what CDPR tells us about it, not what we ourselves see with our own eyes.

If this were an issue of crunch, then I’d be a bit more understanding — “crunch,” or the development team putting in impossible hours in order to finish a game by the release time, is a practice best avoided where possible. But Kiciński already confessed back in January that the team would need to be putting in crunch hours because at the time (supposedly) the game was in its final stages: “We try to be reasonable in this regard, but yes. Unfortunately.” So… are they still crunching?

Regardless, we’re supposed to get a big gameplay show next week, one of the many E3 digital replacement shows. The “Night City Wire” show is supposed to finally show us more of the game — and I’m going to need to see a real doozy to not be worried. Here’s hoping we’ll see at least several minutes of uninterrupted gameplay, and that it’s as awesome as CDPR keeps telling us it is.

I’m curious as well whether the company will work on the next-generation build of the game at some point during the delay. After all, it’s now being released much closer to the launch times of both the PlayStation 5 and the Xbox Series X — both of which are due out by “Holiday 2020,” which I take to mean pre-Black Friday — which means it’s more likely than before that people are going to play it first on next-gen consoles.

The Night City Wire show will air on June 25. You can read more about how to watch it here.

Read next: If I go to a protest, what kind of personal information might police collect about me?