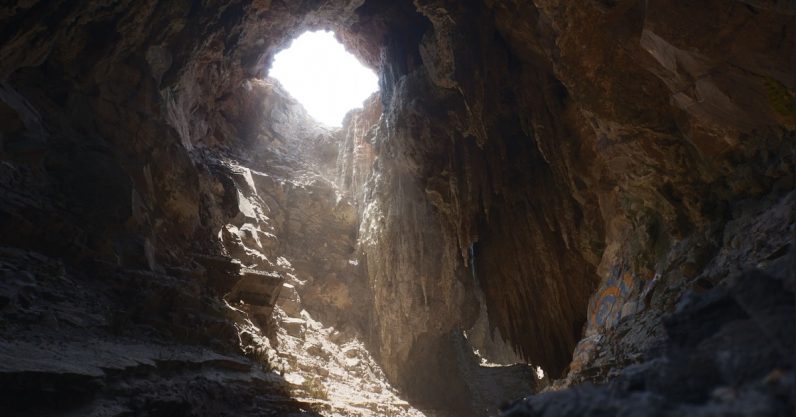 Epic Games today revealed the latest version of its moneymaker game engine, Unreal Engine 5. It showed off a stunning tech demo, which was running on a PlayStation 5 dev kit. So we just got our first glimpse of what next-generation gaming hardware is going to be capable of.

The demo itself is almost photorealistic, at least when it comes to the environment. It follows a young woman as she explores what appears to be one of Lara Croft’s lesser archaeological digs, culminating in a flying sequence where she wingsuits through a valley of crumbling architecture. While I’m skeptical of the notion that we should see generations of games solely in terms of their incremental graphical upgrades, I have to admit there were points where it made me gasp.

Unreal Engine 5’s most notable features are Nanite and Lumen. To keep it very simple, Nanite allows developers to drop very high-quality assets directly into the engine without having to worry if their polygon counts are too high. Nanite will render it within the system’s constraints. Lumen is a dynamic lighting system that can render illumination in real time. It’s very technical, but what it comes down to is that games will be prettier, look more like real life, and have cool light.

It's time to see what's next. Watch the reveal of Unreal Engine 5—available now in 4K. #UE5

What’s especially interesting about this is that it’s running on a PS5. This makes the demo the first we’ve seen of what Sony’s next-generation console would be capable of in terms of graphics — or just about anything, really.

This isn’t necessarily a failing peculiar to the PS5. Up to now, we haven’t really seen what any of the games look like. Even the recent Xbox Series X showcase, which viewers were assured ahead of time would contain gameplay footage… didn’t. Whatever the console makers are waiting for in terms of big event reveals — which will likely be the digital June events that have replaced E3 in 2020 — the reality is we don’t have a practical idea of what a PS5 or XSX game would look like. We do now, sort of, but I’d still like to see what some of the actual games look like.

The tech demo is beautiful. Of course it is — it’s a tech demo. But the beauty of it kind of unintentionally buries the lede, as Epic Games seem to be aiming not just for technical prowess with this engine, but ease of use for developers. Epic CEO Tim Sweeney said in a statement (via The Verge): “Our goal isn’t just to bring more features to developers. The hardest problem in game development right now is building high quality games takes enormous time and cost. So we want to make developers’ lives easier and more productive.” Perhaps to further that goal, Epic is waiving royalties on games made with its engine: “Starting today, you can download and use Unreal Engine to build games for free as you always have, except now royalties are waived on your first $1 million in gross revenue.”

Epic also revealed that Fortnite would be a launch title for the PS5 and Xbox Series X. The game will be migrated from Unreal Engine 4, it’s current engine, to UE5 in 2021.

Read next: Google Chrome will let you group and label tabs starting next week