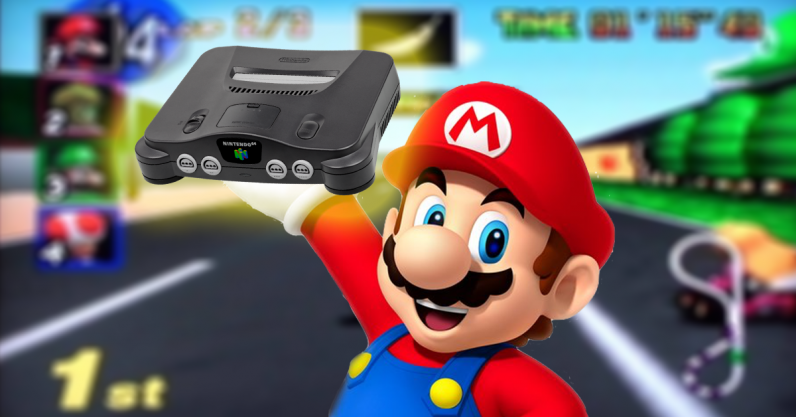 A Mario fan has made a lovely, functional port of the Nintendo 64 classic for PC, with 4K graphics and ray-tracing, the whole enchilada. Everyone come take a look before Nintendo’s lawyers strip it clean like piranhas on a dead cow.

The video depicting the port surfaced over the weekend, from a user called “Unreal.” The description reads “I can’t give a download link for obvious reasons and DON’T ask a download link in the comments,” which I’m sure won’t deter the really curious out there. The video is 12 mins long and depicts a big slice of the game:

The port (which, as Unreal puts it, is not an emulator) looks beautiful, as you can see in the video. Granted, there’s only so much of a glow-up you can perform on a fifth-generation game, but those are some damned pretty polygonal edges, I swear. I’d play the heck out of this if I got my hands on it.

If I know anything about Nintendo, it’s that the lawyers must be foaming at the mouth right now. The Big N is one of the most inflexible companies when it comes to fan projects, especially where it concerns fan remakes or ports of its intellectual properties. They’ve already gone after Metroid remakes, ROM websites, and for a long time refused to stop persecuting YouTubers who posted footage of Nintendo games. And it’s not hard to see why, given how its no more immune to footage leaks than any other company (see also: the Smash Bros leak). So I’ll give you this disclaimer up front: I have no idea how long this PC port will remain up before Nintendo leaps on it like a rabid wolverine.

Even if we presumed it were cool with the idea of a fan porting the game to PC, there’s also the rumor that Nintendo is planning to release a remastered Super Mario 64 for the Switch at some point this year (hopefully the first of many N64 games the Switch desperately needs). Were I Nintendo, I’d much rather have gamers lining up to pay the full-priced remaster than the beautiful PC port. I’m going to bet we’ll know for sure how true the rumors are when we see how long it takes for someone to contact Unreal with a cease-and-desist. I have no idea whether or not they’d even have a leg to stand on in court, but I’m going to bet they’ll take a good crack at it.

But for now, we have this footage. Let’s admire it while we can.

Update: Well it was fun while it lasted.